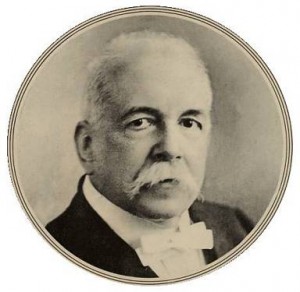 The eminent Cuban essayist and educator Enrique José Varona, Secretary of Public Education during the U.S. occupation government (1899-1902), said: “The job of the teacher is to teach people how to work with their hands, with their eyes, with their ears, and then, with their thoughts”

The aphorism remains relevant after half a century of gambling on creating a ‘New Man’, out of which emerges the opposite: apathy, lack of values, extreme hedonism, and other childish growths that certify the dissonance between words and deeds.

In these December days, the island press releases a flood of slogans about education, since the 22nd is the Day of the Teacher. are Lowered from their bronze pedestal are worthies like Jose Marti and E.J Varona, whose phrases come in handy for teachers and professors, who bear the guilt of our disastrous educational system, although nobody consulted them to formulate educational policy, still based on utopias that try to annul individual initiative by means of state indoctrination, militant asceticism, promoting accessories, and the habit of obeying without question.

A government that had the luxury of closing the Teachers Normal School, and sending prospective teachers to study under palm leaves in the mountains of the Sierra Maestra, does not end by finding a path of balance in such an important area. The syndrome of the emergency and the barbed wire of censorship of school textbooks, marches forward along with the poison of ideological propaganda, the lack of school materials and the devastating outlook of the country, where it encourages servile complicity and a denunciation of diversity of thinking.

Teaching is one of the pillars of the Castro regime, which uses indoctrination with media propaganda, adorned in turn by the precepts of cultural institutions, in tune with the monotonous discourse of power, able to punish political difference, insult those who express themselves without masks, and makes up for the lack of arguments with outdated slogans and dogmas. 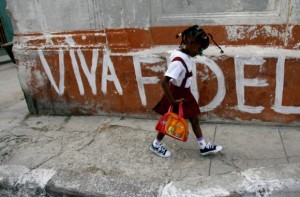 An education system that instills loyalty to the leader, forces children to take an absurd oath and excludes from universities those who do not support their revolutionary pedigree, is like a barricade against intelligence, creativity and individual development.

Like on every Dec. 22, teachers wait for their presents and the authorities ring the bells about the wonders of the educational system in Cuba. They forget, however, the phrase of Varona about teaching how to work with thoughts, and the maxim of Marti about the respect for freedom and the thinking of others