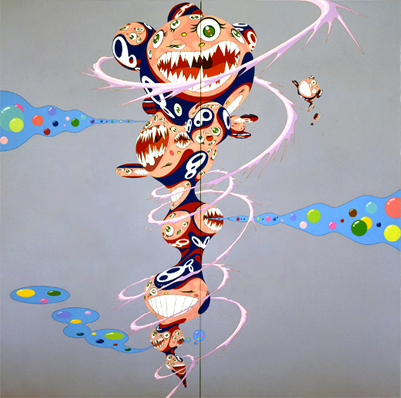 TO DIE IN JUNE WITH YOUR TONGUE HANGING OUT

The solar radiation at the Esquina de Tejas can kill an adult in just over an hour. Or leave him with irreversible chromosomal effects. It can scorch a child in much less time. Minutes. That is what’s left to us of life before one of those midday spontaneous combustions. Cuba’s time is up. We don’t have time to recover from the vertiginous agony of the Revolution. History plugged us into a helium oven called the 21st Century. We are going to die as Martí wanted in the19th; we will fall as was sung by the fascism that the Apostle plagiarized in the Metropolis of the 20th: facing the sun…

Acronyms, centuries, stealth. Is it never going to snow in Havana?

One misses those reports of European travelers who saw frost on the Jurassic limestone hills of Viñales, hundreds of years ago, in the archeological lie of our still deforested island. One would wish that Cuba had never emerged from the Caribbean Sea, that it was a continental crust, a handful of wet sponges, an underwater river of lava, an octopus’s garden where politics was just a dream of a god that had passed his sell-by date.

I said. What do I say? Will I now be affected by the cosmic photons that no terrestrial atmosphere could de-accelerate?

As a child I remember the threadbare winter coats in winter (the English words “corduroy” and “impermeable”), the gray mood of this city with every change of date, a certain First World gathering that made the working inelegance of real socialism tolerable. The light was oblique. The noonday sun didn’t bounce off the criminal concrete, not even in August; the month when the sun shone most strongly on the beaches. As teenagers we went to the Cuban sea almost every day and in September we entered the classroom toasted and healthy. We were a poor people, but full of JulioIglesias skin. At night, the moon was abysmal and madness undressed us with no more sweat than that necessary to love another.

Cafeterias, buses, lines, corners, rooftop parties. The proximity of the neighbors seemed tolerable then. Today, in the final days of the world, the limited light blinds and separates us. Nobody wants to be scrutinized in such detail under decrepitly blue post-patria skies. We crackle. Only the leaders in their air-conditioning remain intact. Like mummies of the Revolutionary Era.

What did the Aztecs say about 2012? Because they were Aztecs, right? Who knows how to read a little sanity in the materialist dizziness of those circular calendars? Because they were circular, right? I hope to witness the prime time punishment of that we have been earning here, in the proletarian paradise. I will not die without seeing the castanets of the shells collapse like an editing effect. Facades, colonnades, arcades, immemorial blocks sublimated by the terminal temperature that will shortly cannibalize us.

Today I touched the curb at Monte and San Joaquin, territory devastated by the mixed looks of its un-inhabitants. I swear it was boiling. I swear I didn’t move my hand. I let it burn. And now I type with the sharp pain of the scar in living skin. Suppurating a colorless pus. I’ve lost a good part of the fingertips on my right hand. I swear they are absolutely unnecessary. No one will come to identify me on the fragile border between the municipalities of Diez de Octubre, Cerro and Centro Habana.

It’s my suppuration, my stupor. Burning. I hurts only me. I am euphoric. I lick. I love it. I’ve seen in present precarious time how the inferno infiltrates us in any landscape. I have gone all out practicing words. I have not fled before the pyromaniacal debacle of a solarized war. My incinerated biography in Cuba will remain intact in you for all the embers in the world. Isn’t it perfect? Don’t break this equilibrium of cooked corpses. What could be lacking then for you to violently drink from my tissues and at last as a duo shut up?