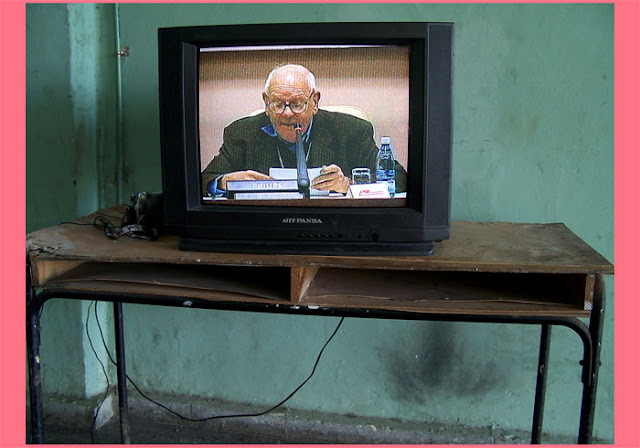 She has moved her son to three different schools. Between the “emerging teachers,” those who swear there are no Spanish words accented on the antepenultimate syllable (the word for which, in Spanish — sobreesdrújulas –is itself accented on the antepenultimate syllable), and the political propaganda, she couldn’t take it any more. The last time she put the boy in a theater workshop, she discovered with horror that he was assigned the role of Antonio Guerrero, one of the “Cuban Five” in prison in the U.S. for spying. The little guy left the first school with three warnings in his file: for asking to borrow an eraser; for crying because he wanted to go home; and, the most absurd, for not wanting to sign the previous warnings.

In the second elementary school the director welcomed the new students and their parents with the nice information that, “This school is on double section.” The poor thing was trying to say they had classes in the morning and classes in the afternoon. Then, at the group meeting, the guide warned, “Don’t worry if it’s five o’clock and your children haven’t arrived home, those who misbehave are punished with detention.”

I don’t know what human form the “historic leaders” are planning to get their hands on to reverse all the damage done to the educational system. An increase in the education budget would be insufficient as what is wrong goes far beyond the economy; paying a decent salary to teachers might serve some purpose if they had the necessary pedagogical and academic knowledge, but they don’t. To develop a new faculty nationwide would take, at least, ten years. And meanwhile, what are our children learning?