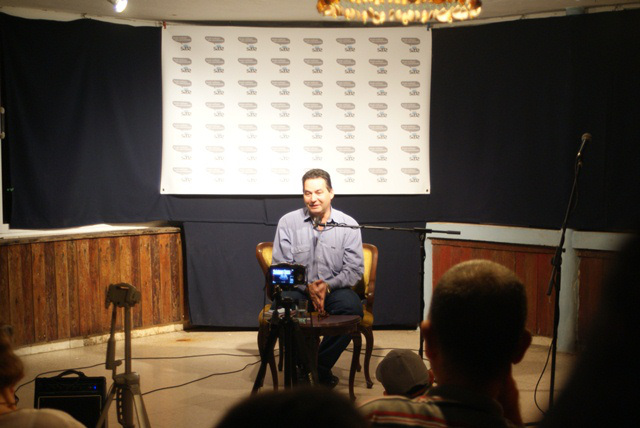 He spent the last night with his friends and his son, the boy who was used by his mother and whose statement the Court later manipulated to condemn him. He read us stories from his book “Blessed Are Those Who Mourn.” This book you can hunt for now. In Cuba it’s no longer seen.

They are his memories of prison, of the prison of La Cabaña. Because Angel had to go to prison when he was 19, for having said goodbye to his family, leaving Cuba illegally in the ’80s, when he was caught by revolutionary agents. All his family was taken prisoner as well.

Angel is a poet and poetry is revelation; illumination, all that really matters: the human being facing the phenomena. So this stories are more heartbreaking than the most detailed denunciation of the Cuban prison. It is absurd to live outside of time, in the pure being who cannot understand why we have been handed over to the violence and the arbitrariness as if we were not born with rights. In the Cuban prison, according to all the stories of those who have been there, one has the impression of being outside of civilization.

There is not much else to say except that we have to get him out. And we will do it for all of us, who are the same as Angel Santiesteban. Only God knows how much he must be suffering.

This calamity called the Cuban Revolution has to end now, because it is our right. 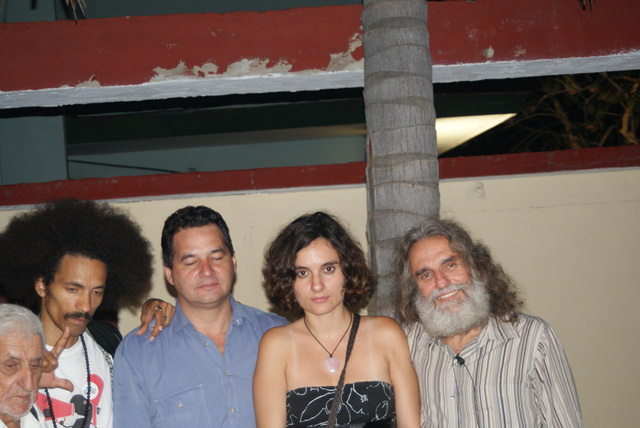