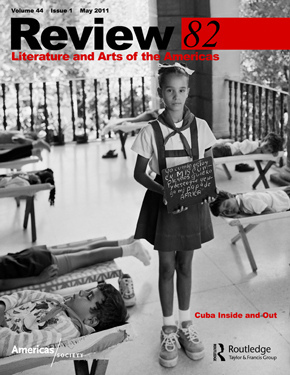 Americas Society about Cuba in May, NY 2011, originally uploaded by orlandoluispardolazo.

All of the participants have contributed texts to Review 82.
This program will be conducted in English and Spanish with simultaneous translation.

A group of Cuba’s most contemporary writers, including several who reside on the island and others who reside in Europe—collectively, Abilio Estévez, Ernesto Hernández Busto, Orlando Luis Pardo Lazo, and Amir Valle—and Rachel Price (moderator)(Princeton University), a contemporary scholar of new media in literature, will discuss the use of the Internet, e-mail, blogging, Facebook, Twitter, and other social media as a means of creative expression as well as of distributing contemporary writing on and off the island. All of the participants are featured in Review 82 (Cuba Inside and Out, Spring 2011). In collaboration with the Cuban Cultural Center of New York and InterAmericas®.

This program will be conducted in Spanish with simultaneous translation into English.
In collaboration with the Cuban Cultural Center of New York and InterAmericas®.