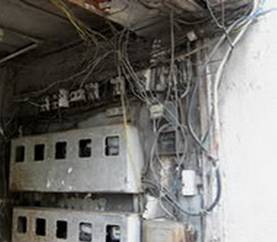 Many times I have raised my dissatisfaction with the journalism being done in Cuba. Due to its eminently official character, it passes through the beaten path weighed down by all the government, censoring itself and accepting censorship as normal, since everything you write, show or say, should be directed to the unconditional defense of the imposed model.

Here information is not sought for publication, but simply to be received on high in order to be published. When a critical material on a topic, it is not due to the personal initiative of a journalist or any media outlet, but responds to instructions of the apparatus of political control, to what they consider beneficial in that specific time, for external reasons or internal. This is the reason for some critical areas, which have appeared in recent times in different mass media.

This, which is a truism though it has not, perhaps unwittingly, been unveiled by one of the most notorious official hacks, in an interview he recently conducted. This journalist, shamelessly, raises absurdities such as: First of all, to be a journalist is to be a revolutionary. If you are not a revolutionary you can not be a journalist. My thesis is: everything that harms the revolution, I don’t do, not publicly. What benefits the revolution is what I publish. I do not think that the journalist must be objective and independent. The word censorship doesn’t exist in my work, I censor myself. I believe that, as one example, is sufficient.

I don’t question his unconditional fidelity to the model and its creators. Nor his elevated fanaticism, nor his narrow conception of the meaning of the term revolutionary. I understand that every person is free to think and act as he deems appropriate, within the social canons: that is the tolerance to which we aspire and defend. I do question, that these dogmatic concepts try to slide as a standard for others to follow, and that these atrocities are published in one newspaper for youth, in which should prevail fresh thinking, new, refreshing. If these are the counsels that this hack has young people, despite saying that respects them, God have mercy on us.

These approaches, too regularly repeated, demonstrate the need to maintain other spaces truly objective and independent, to analyze our situation and make coherent proposals, without dogmatism or ties to fanaticism of any kind, which contribute to solving the problems that affect us all.