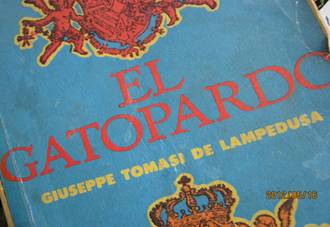 When in 1959 it was decided to change everything that had been legislated for the fifty-six years of the Republic, the changes were “at the speed of a pauper’s burial,” in an accelerated way, overnight without entrusting them to God or the Devil.

Now — the colossal blunder having been demonstrated for years, responsible for the the poverty and backwardness of the nation — with the the so-called update of the model update, or, and it’s the same thing, trying to amend the many mistakes committed, they are marching “at the speed of the burial of the rich,” slowly, crawling, two steps forward and three back, wanting to pray to the Devil, Shango, Allah, Mohammed and even the babalawo Guanabacoa, before deciding to approve something.

Also, what is approved today is changed again tomorrow, removing or adding details, which shows a lack of seriousness.

A recent case is the so-called carreterilleros (“cart pushers” or traveling street vendors of agricultural products), who earlier this year filled our streets with their products and hawking, and now have practically disappeared, overwhelmed with prohibitions and persecutions, unfortunately for the citizens who, although at a higher price than that of the depressed state markets, were able to acquire better quality products at the doors of their homes.

It seems that despite the many guidelines discussed, re-discussed, approved and re-approved, those who have the responsibility to apply them just can’t grab the bull by the horns.

The most striking example is announced and then postponed immigration reform. It’s suggested that it is a very complex and needs many studies and coordination, to be able to take it to implementation.

They have been so many regulations and prohibitions established over 56 years, that now those who established them and their followers, don’t know how to untangle the mess they created without losing the existing tight control over citizens.

The solution is very easy, if they simply reinstate Article 30 of the Constitution of the Republic of Cuba, 1940, which states:

Any person may enter and remain in the country, leave it, move from place to place and move residence without a security card, passport or other similar requirement, except as provided in the immigration laws and powers of the authorities in cases of criminal responsibility. No one shall be compelled to change his domicile or residence except by order of the judicial authority and in such cases and under the requirements stipulated by law. No Cuban may be expatriated or be prohibited from entering the territory of the Republic.

These realities seem to corroborate that the updating of the model is pure political theater* — making changes so that everything remains the same. In short, the facts show that it is much easier to prohibit than to authorize, and it is easier to destroy than to build.

*Translator’s note: The original word is not “theater” but “gatopardiana” — a reference to the book “El Gatopardo” (The Leopard in English) by Giuseppe Tomasi di Lampedusa, a novel of intrigue in 19th century Sicilian politics.