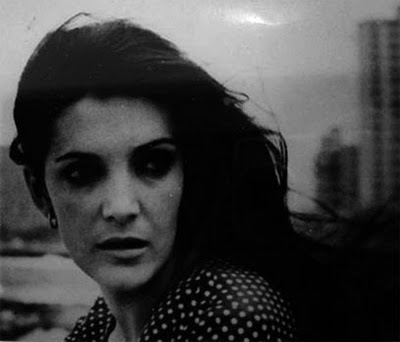 There is a month in the world when I watch a Cuba film. I watch it in a paleolithic format, on VHS, the only one that preserved the greys from the actual film, without the high contrasts of digital copies. A Cuban film from the ’70s and, as such, a Cuban film fanatically censored in its time. (Even its director denied it in his interviews, but the Cuban Film Insitute (ICAIC) which must publicly ask forgiveness — and not just for this case — if it wants to continue to exist in a forthcoming Cuba that is about to be announced.)

The month is November. The film, of course, is by Humberto Solas, the Cuban director who must be our best filmmaker, the most sensible and subtle, with the least politically propagandistic potential (a defective tic of Titón), until the Syndrome of Historical-Novelistic Blockbuster Productions seduced and shot him. Cuban history and literature are bad company for the cinema, with millions of pesos but in national currency (only of numismatic interest).

I am speaking, almost as on another November day, of the film One Day in November that never premiered in 1972. In fact, despite its occasional posthumous exhibitions, technically A Day in November still hasn’t been released. What’s more, I have no faith that it ever will be released. This black hole protects it from the bureaucracy and the populous.

Lucía, a name we drag out from Lezama Lima (perhaps because of the alliteration of the L), echoes better here than in the three Lucias of some years back, in the prodigious decade of the ’60s. But this beautiful Lucia is much more of a daydreamer, and much less to do with the argument. Eslinda Núñez laughs. She “oozes” womanhood, oozes the scent of a woman. She floats, smokes, fornicates (the sex scene is marvellous despite being prudish and perversely picked at by who knows what National Filmhookers Award).

The lead actor neither acts nor leads. In fact, it was an amateur. A handsome man the intuitive eye of Humberto Solas fell in love with, but later repented through the hallways (love on the Island is forgetful since before the verses of Jose Marti). For me, a perfect fool, precious. Almost a chauffeur moving between the real actors, presenting us with a proletarian Cuba that seem European while he waits for his end. He dies, eats nothing. And the autumn climate is like nothing in Cuba for decades. And the memories stirred up by the underground war. And a childhood of sand. And the sound that picks up more of the noise of the neighborhood than of the narrative’s dialog. And the pines (someone will have to explain the Cuban Revolution’s aversion to pines, which we are all aware of but don’t understand). And again, Eslinda Núñez, Eslinda forever, Eslinda superstar, cold as neon, delineated, lips from a Japanese brush, transparent skin, and a streak of asphalt running through her hair, in a skirt (where the skirt was totally a declaration of eroticism), an Eslinda Never, who I have been waiting for since 1972, sitting on a park bench to offer her the adolescent phosphorus of my heart.

I see the Havana sea and I see the Matanzas see. I was one in November 1972. But I remember everything better than the cretinism that gathers in the buses that are the movie theaters of today. This is a Cuban film of socialist solitude. It wasn’t enough with the enthusiasm to build a better society. The sadness remains. It is as catchy as a slogan. Meanwhile more free, meanwhile more repressed, meanwhile younger and frolicking with Anglo music (still banned, then), worse. Nothing consoles us. Everyone is sad (it is a verse from Virgilio Piñera). And that sadness is lost between one end and another of the propaganda narrative of a Revolution wanting to be a carnival, where “the unnameable feast” of Lezama Lima, is crowned with the following verses from the same stanza: “A drumroll of courtship and reigning newts. The calm sea and bird-free air, sweet horror the birth of the city barely remembered. The grapes and the snail of writing contemplate the parade of prisoners in their sinisterly-limited promenades, painted ephebes in their distant noise, withered angels behind the brief flutes sounding their chains.” (To be born here is an unnameable fiasco?)

November after November (my father liked a Yankee film that I think was called Sweet November), I sit in front of the VHS video and pray that the cassette hasn’t worn out or been overcome by mold, dust or oblivion. I press Play. Almost always after midnight, like now, and let these scenes run of a world lost, but never rotten in my imagination. The same themes, but faded, soft, and yet hyper-real. The music is by Leo Brouwer and the whole universe. The shabby little shirts, the correction as the last glimmer of civility. As of the revolutionaries of that time (because it implicitly assumes that every being on the screen has to be) were shipwrecked, still hoping to find a safe harbor. As if life, paused for a moment by the frenzy of the Revolution, was about to begin for real.

I don’t know. When Eslinda and Esteban cross their bodies, I can’t give any more. When Lucia and Bello join hands after running among the heated rocks of a fjord, Orlando Luis begins to cry delicately. Someone has to do it in the midst of so much viciousness and aridity. Let them mock now, the ever ready chauvinists vigilantes of the web (the guarding of Lagarde and his lameguards). Who screamed (only I heard them) that the mercenaries have no memory and no right to the tissue fine pages of the Ration Book. And who’s fucked, of course. Because my pain is the only patrimony that no one could communalize.

One Day in November deserves a remake. A remake shot in exile, you understand (the original was also shot from the exile of a disconcerting urbanist, modernist Cuba). A movie that doesn’t repeat faces, merely discovers them. Whose characters perhaps don’t have to repeat the parliaments of 1972, but simply look them in the face (another virtue of Humberto Solás) to know that time is running and it is desperate to continue being in the same scene already obscene, anguished that everyone is so simple and yet always goes backwards, and remembers as well those faces we abandoned in a Cuban apartment to go grow old nowhere in particular.

No film critic could understand what it’s about. No profane spectator or erudite audience would agree with me. No wanker in dark room would leave off accosting bodies for this film in black-and-white whose original celluloid is perhaps already fermented (like half the ICAIC archive in the former studios of Cubanacan). This column, then, is private. A secret with the essence of sandalwood that only you know what it knows.