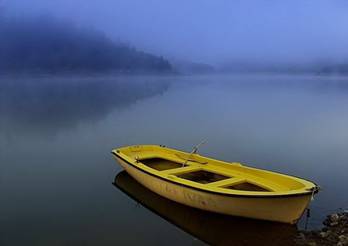 The man came alone in a small rowboat. When he reached the shore, he was immediately confronted by a border patrol agent.

Agent: “Hey, man! Who are you and where are you from.”

Man: “I am Venezuelan, and I left my country because I am fleeing socialism.”

It’s a joke, but today I experienced the reality firsthand.

We left at dawn. I was picked up by a female friend, who does not like driving long distances, and a gentleman, who served as chauffeur and provided us company. The purpose of the trip was to procure some fresh fish. We arrived very early at a pleasant little fishing village, almost at the outer edges of Havana province.

It had been many years since I had visited such a picturesque place, as being able to do so meant having a vehicle in good working order, and money to buy gasoline. I therefore gladly accepted the invitation since it coincided with my having just completed some work with which I had been tasked, and since I now found myself with a bit of hard currency.

The trip was quite pleasant, not only because the route we took was one of the few which had been properly paved, but also because it was lined with lovely plantings on both sides of the roadway. I presume this is because it is well-travelled by important visitors and high-ranking officials.

Upon entering the village, we were led by pure intuition to the first house we saw along the coastline, where we figured they would be able to sell us some fish. They did not have any there, but directed us to another — simply gesturing towards a pharmacy and providing us with a nickname: the Venezuelan.

We did indeed find a great variety of well-prepared seafood at this location: porgy fillets, dogfish fillets, swordfish steaks, octopus, etc., all cleaned and packaged for 10.00 CUC (convertible Cuban currency) each. I bought some swordfish, deciding to forgo the octopus.

Addressing the young man who had been identified as the Venezuelan, I asked him about his nickname. He told me that in fact he was a native of that country, that as an adolescent he had come here to study, and that one day, while visiting the village, a Cuban girl had stolen his heart straight away.

“Currently, we have two children – a girl and a boy – and I now feel like any other Cuban, but I am not the only one here. I quit school, settled here, and took up fishing, which is my true passion. I only go to my country for a month of vacation. You cannot live there because of all the violence. I used to live in the capital, and, believe me, in Caracas there are a score of violent deaths every day. Drugs have turned that city into one of the most dangerous in the world, and I don’t want that for my children. I like how peaceful it is here.”

I asked about the Cubans who were there on a mission. He said he knew many who been killed because of drugs. Since their salaries were not enough for them to buy the things needed to return to Cuba, many had resorted to the dangerous work of drug running. It was like carrying a sign on your forehead that said, “Kill me; I am carrying cocaine.”

Then, to lighten the mood a bit, I told him the joke with which I began this post.

We all laughed uproariously, and said goodbye, wishing him good luck, and promising to come back as soon as we had the chance.