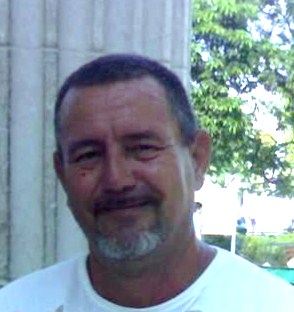 I saw him two times in my life. The first time was in Placetas. I can’t remember if it was at the house of Amado Moreno or that of Antunez and Iris. From there, he left to organize something about a protest we would later participate in, but I did not see him again because he was detained, as many of us were on that afternoon in 2009.

On Thursday, April 28th, I went with my wife Exilda to see “Coco” Farinas. Once again Santa Clara opened up to us, and since we entered clandestinely, with the most rigorous of silences, we were able to make it to Aleman Street in the neighborhood of La Chirusa. The incomparable Alicia welcomed us. Coco was traveling late from the capital to the center of the country and that really worried her, but she cheered up a bit upon seeing us. We chatted for more than two hours, and we drank coffee while we awaited for the arrival in Santa Clara of the Sajarov Award recipient.

I was towards the back of the house when I heard the doors slam (from the car which had dropped off Guillermo Farinas), and then the doors of his house. I heard the voices, the “take care”, “get some rest”, “we’ll see each other tomorrow”, “come early because we have lots of work to do”, “Goodnight Alicia”, etc.

Out of curiosity, I took a look that way. What I saw was the shadow of a man who was bidding farewell to the family and who then disappeared into that warm night. When Coco saw me, he regretted not having introduced Juan Wilfredo Soto — The Student — to me. But he assured me that I would see him the next day “right here”, Farinas said, when the Digital Cubanacan Press Newspaper would hold a meeting.

We spoke until dawn and we decided to leave without getting any sleep. We returned to Holguin and two days after I would head out again and travel all across Cuba to Havana. A week later, 7 days to be exact, he received the beating, the hospitalization, and then came his death, the infamy, and the official slander in the only newspaper which exists in the country. I know that this is a rather strange chronicle, for it is the story of a friendship with no other basis than the desire for freedom. Now I search for differences among the voices which surround me these days: “The Student was my friend!”, “Juan Wilfredo would have been my friend!”, I’ve said without people understanding me. I know he can hear me, and I don’t lament the disconnection. For some holy reason we will see each other once again. We will finally be able to hug each other like we were supposed to that night, and he will no longer be a shadow with his arm held high, or a voice that says “goodbye” over the lamp in the house of Coco Farinas.