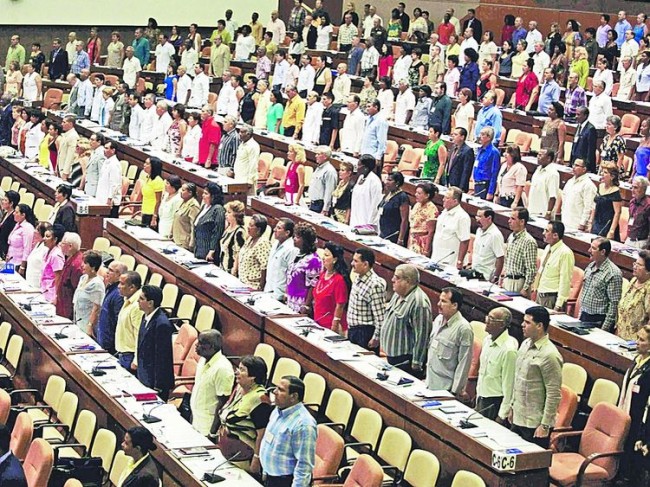 When Castro says that Cuba is the most democratic country in the world, I am uncertain if he is being serious or it is black humor. I can understand that a lifelong guerrilla, fiercely opposed to the capitalist model, does not appreciate at all the system of representative democracy in the Western world.

But from there to setting up a series of institutions, silent and obedient to the government, where the three branches of State are controlled by one person and to tell us that this is the only true democracy, confirms to me that all autocrats have that pathological mania to appear as democrats.

A dictator should state clearly that he is going to rule until his death, because he considers himself a superior being. Or because he does what the hell he wants.

I’m sick of the lies. Perhaps true democracy does not exist. In countries where universally accepted laws operate and human rights are respected, failures occur in bulk, but people shout what they want against their government and no one will look at you with a mean face.

Also, there are independent courts and parliament is like a madhouse, where everyone disagrees with the package of measures released by the president. That’s what I mean by a democracy.

In Cuba, when the Castros talk nobody can go against them. Publicly, no one has ever been seen raising their hand to tell the comandante that he is pondering a load of nonsense.

On the island, everyone is wrong. The infallible are the Castros. If things in Cuba are crooked it’s not by their misrule. No, the ‘guilty’ are the negligent workers and certain talentless ministers.

General Raul Castro wants there to be disagreement. But when they end their speeches and the president of the dull and monotonous Cuban parliament asks the members whether they agree with the words of the leader, everyone, absolutely everyone, raises their hand.

I will believe in the Socialist democracy, as advocated by the regime in Havana, when you see a negative vote.