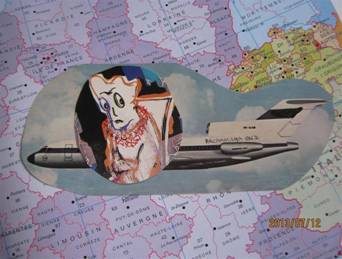 This past week has given us the media circus orchestrated by Mr. Evo Morales, self-titled first indigenous president of his country (if I remember correctly, his predecessor was also of indigenous origin), together with his friends. Nobody talks about his irresponsible statement in Moscow, when he said he was willing to take Mr. Snowden with him, triggering the subsequent situation, and focusing all attention on the rejection by four European countries of permission to land in their territories to refuel the coca-president’s plane (the Pachamama One), magically transforming it into an attack on all indigenous Americans and all Latin Americans, orchestrated by the government of the United States.

In our history and our fiction folkloric characters abound, from Duvalier and Trujillo in the first category, to Pito Perez and Aureliano Buendia in the second, without going too far back. It seems that the saga continues. After the Pachamama and trying to impede development by indigenous backwardness — from his homophobic statement that chicken meat has genes that produce homosexuality, to wanting to introduce coca leaf in place of chewing gum; from his claim on part of the territory of Chile, to this current comic theater — what will the multinational president’s next genial gaffe be? We confidently expect we won’t have to wait long. Anyway, we should be thankful that he introduces a note of humor into the politics of our region. At least he makes us laugh!

What is incomprehensible is that governments and institutions spend time and resources on these farcical politicians and false nationalism, when there are so many serious problems to solve.