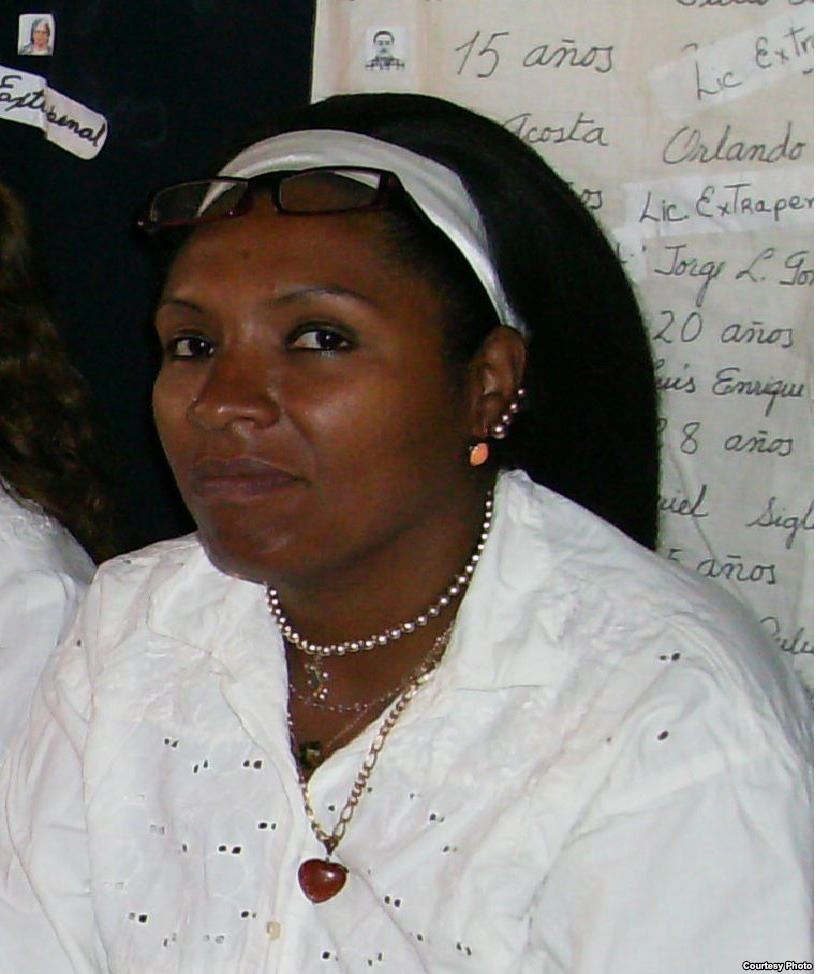 The opponent Madelín Lázara Caraballo, detained for nine months in a prison for HIV-AIDS sufferers, in San Jose de las Lajas, will be tried Wednesday at the Old Havana municipal court.

She is accused of the crimes of “public disorder, Article 200.1.2, contempt, 144.1, incitement to crime, 202.1.3, and resistance, 143.1, of the Penal Code, for a single and joint sentence of three years imprisonment ,” according to a report released by Major Zeida Hernández González, head of Reeducation of that prison.

Within the Cuban opposition Lázara Caraballo has been principal of the Latin American Federation of Rural Women (FLAMUR) in Old Havana and a member of the Republican Party of Cuba (PRC) in the Havana municipality.

On numerous occasions Caraballo was present as a Human Rights activist in sites of potential evictions, as confirmed by several activists and independent journalists from Cuba. Martinoticias had access to this evidence through the program Contact Cuba, led by Norma Miranda and Luis Felipe Rojas.

“This crime she is charged with, is because of her constant activism,” says independent journalist Dania Virgen Garcia. “Every time there was an eviction in Old Havana, she supported these people. “

Among the charges Lázara Caraballo now faces are those cited by the prosecutor, who said that “she joins with people whose conduct is antisocial who are not occupationally related” and that “she had shown herself countless times against the revolutionary process.” However, among the witnesses is an administrator at a private business where she worked part-time, and other workers will testify at the trial.

Madelín is a woman suffering from HIV-AIDS, but her case is aggravated because she was two small children, a teenage daughter 13 and a boy 6. The situation at home is bleak.

Her mother, Zoila Betancourt, is 80 and carries all the weight of the family and has not seen her daughter since February.

In an interview with Contact Cuba Zoila said the 13-year-old occasionally visits  Madelín in prison but because of her age she can not travel frequently to the site.

Zoila recalls that on her only visit to the prison to see her daughter, “When I saw her I cried until I left.”

Vladimir Calderón Frías, a HumanRights activist, accompanied Madelín Caraballo to several activities and believes the authorities have shown her no mercy because she is very aware of the evictions that occur in her environment and the threats that the authorities use against citizens.

Vladimir confirmed with his testimony, the danger that others have seen for the family of this opponent, as her 13-year-old daughter is being raised practically alone, at a time in her life as difficult as adolescence.

Until 2011 Caraballo Betancourt supported the Ladies in White movement, and was arrested several times, beaten and her house was kept under strict police surveillance.

“That is a the reason there is now a prosecution request for three years’ imprisonment,” said Calderon Frias.