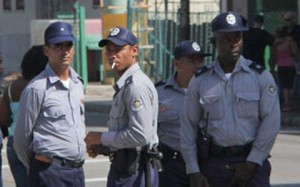 The reforms of the Penal Code and the Penal Procedure Act adopted by the State Council to “ensure greater effectiveness and efficiency in the prevention and the fight against crime” raises a red flag about the situation of human rights in Cuba.

The amendments will come into force on October 1st. Their main objective is to expand the power of the police forces and lighten the burden of the courts, a solution that results in more than one problem. The main one is: Are the police officers trained to legally evaluate and judge a case? 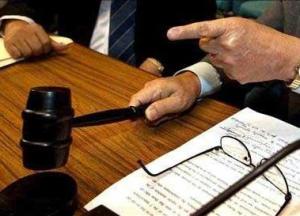 This power enables them to judge and punish with fines, which represent 27% of the penalties established in the Penal Code. With the new amendments, these will now represent 52% of the penalties, and police officers will only need approval from a prosecutor to enforce 26%, a good way to contribute “to the consistent enforcement of the Penal Code policies outlined by the State.”

In the amendments the guarantees of due process were not taken into account. The police officers decide whether or not to take the citizen to court and the amount of the fine. In addition, the assistance of a defense lawyer has not been foreseen for any of these cases. Undoubtedly, a subtle way of violating the right to a public hearing in “court.”

The accused decides whether or not they will be judged by a policeman or a judge. Just think how dependent courts and prosecutors’ offices are on the instructions of the State Council and, therefore, the Ministry of the Interior. Judges and prosecutors are badly paid and overworked. In October, the number of cases that municipal courts will have access to will increase from 52% of all cases to 78%, and those in uniform can lighten this workload in 67% of all cases. 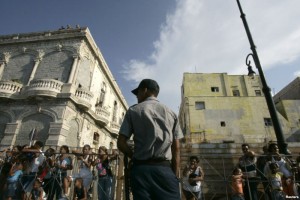 What could happen? Will they be acquitted, will they try to fine them again or will they be sentenced to deprivation of liberty? It’s better not to bet on it. However, the uncertainty will not disappear if the citizens accept to be judged by a police officer.

The fines currently enforced by police officers for infringements with penalties of up to 1 year’s imprisonment and/or fines no higher than 15 thousand pesos, range from 200 to 1,000 pesos, national currency, and can be extended up to 2 thousand pesos whenever the circumstances demand it.

In October, this range will reach the 2 thousand pesos and could be extended up to 3 thousand. For infringements with penalties of up to 3 years’ imprisonment and/or fines of more than 50 thousand, the fines will be from 500 to 5,000 pesos and can be extended up to 7,000.

Can you imagine this in a country where the basic monthly salary is 229 pesos? Taxes on self-employment allow for a 300 to 400 pesos revenue, without resorting to the black market or violating the law. Have they thought about the need citizens have to resort to illegality as mean of survival?

Perhaps it may be better to address the matter without going to court. One does not have to think that we are all innocent until proven otherwise. Once the citizen accepts to be judged by a police officer is he recognizing his own guilt?

Today, if the fine is paid within 3 days and the citizen complies with the terms of civil liability, the case is closed without penal implications. With the new amendments the time period to pay the fines was extended to 10 days. In these cases, property and goods can be confiscated as well.

What would happen if the accused does not have the money within that time? Will their charges increase? If the person fails to pay and to comply with civil liability, the case will be passed on to a court. What crime will they be judged for? For failing to comply with the charges from the initial crime or for the crime itself that the person committed and implicitly accepted? None of these questions are clarified in the Law of the State Council Decree.

Have the recently elected national deputies read the draft of the amendments for the Penal Code? Why doesn’t the National Assembly, the legislative body participate in the legal implementation of the “changes and transformation” in the economic and social arenas of the country? In short, did anyone think about us?

In any event, the lack of political will is evident when it comes to complying with the international human rights covenants for the drafting of national legislation. In contrast, the new legal amendments increase the state of legal uncertainty for Cubans. A good time to raise a red flag.