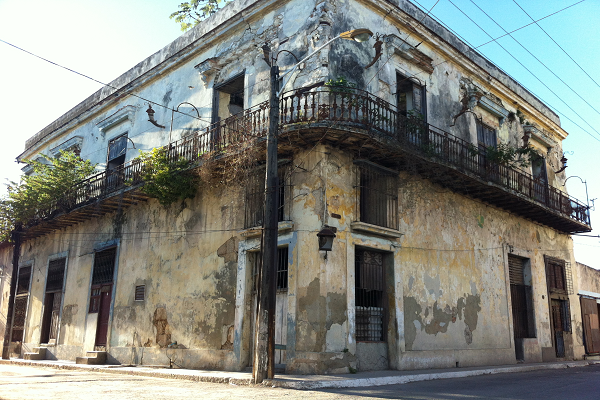 The Casa de las Cadenas, in Guanabacoa, could collapse on several families. It has withstood hurricanes, but now needs help.

HAVANA, Cuba. – The walls have stood for nearly 270 years. But the degree of deterioration in the old house is worrying. Wood and tile ceilings on the second floor have been collapsing, not only because of the climate, but also from neglect. Roots from shrubbery and prickly pears crisscross those interior walls that are exposed to the outside. The exterior walls are cracked. Several families still live on the ground floor of the building.

The Casa de las Cadenas also gives its name to one of the oldest streets in Guanabacoa. Some time ago the local historian, Pedro Guerra, said that it is one of the most important historical buildings in the western part of the island. Built in the early eighteenth century, it was the first two-story house in town.

It is located in the heart of the designated Historic Center of Guanabacoa. It has been recognized by the government’s National Monuments Commission. According to oral tradition, documented by Elpidio de la Guardia, in his History of Guanabacoa:

Religious images were sheltered there by the Parish Mayor following a severe storm that destroyed the town in 1730. Masses were officiated there during that time. In return, the owner of the house was accredited by King Philip V of Spain to grant asylum to fugitives from justice. Only two other buildings throughout the Spanish Empire had this prerogative.

As happened with other structures in the oldest part of the capital during the last century, the Casa de las Cadenas was converted to a rooming house. In 2009, Nilda Maria Peralta, the last tenant on the second floor of the building, who was later evacuated, lamented about the apathy of the authorities regarding the plight of the place:

“There are nights I don’t sleep, worried because there could be another collapse and I’m alone up here. What is sadder is that nobody cares.”

“Most of us who live here have neither the expertise nor the financial resources to repair a historic building like this; that’s up to the government,” one of the tenants told this reporter.

A local man, with a mixture of irony and bitterness said:

“Hopefully resources will appear and they will ’grab’ them to restore it soon, because when this house says ’I’m going down,’ there will be deaths . . . What’s holding it up is the same miracle that kept it from being destroyed by that hurricane that came through during the Spanish times.”

Another man, who had been silent, said:

“But what can you expect from a government that doesn’t even maintain its city hall?”

He was referring to the nearby old mayor’s palace, which now belongs to the People’s Power. The property is showing obvious signs of deterioration.

The photos that accompany this text corroborate the sad state of the Casa de las Cadenas, that historic symbol of the once beautiful Guanabacoa, which is about to completely collapse under the weight of time and neglect. 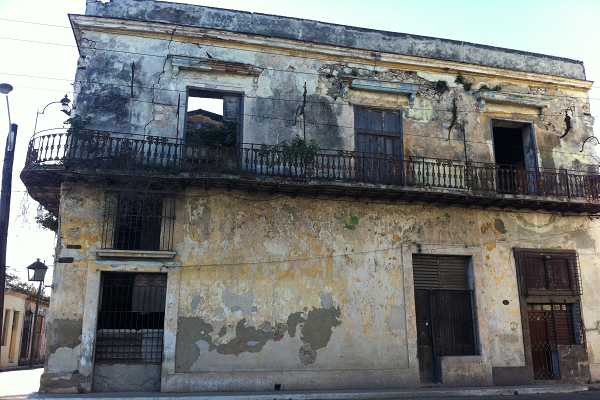 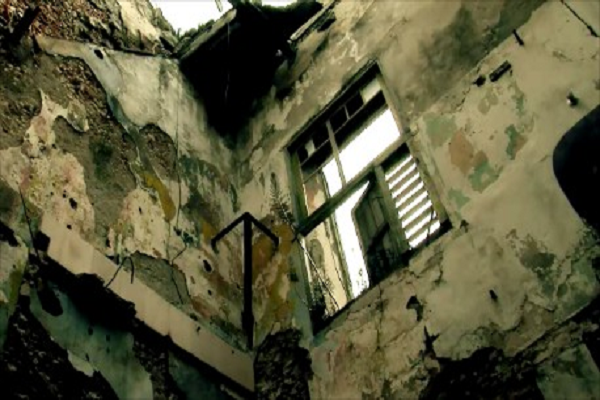 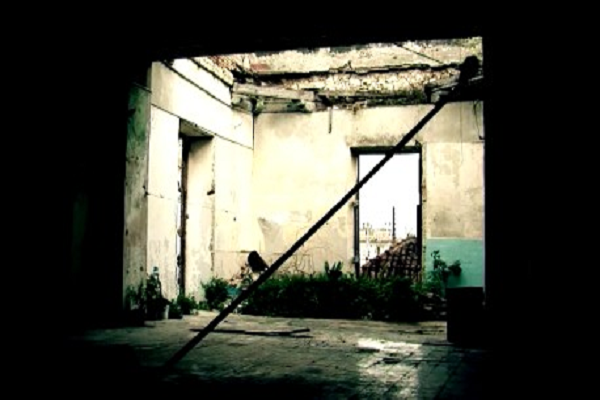