Regina Coyula, from BBC Mundo, 4 June 2015 — One of the most attractive promises of the 1959 Cuban Revolution for a Third World thirsty for paradigms, was, undoubtedly, the prospect of a generous, industrious, learned and well-mannered human being.

This New Man would be the result of the new schools that as the cradles of a new race, together with the Marxist and Martist[1] combination of work and study, would forge a personality without the burdens of a bourgeois education.

Mass produced, the new man would put the collective interests above his own, and would take the future by assault to build a superior society.

For 56 years, this government has never lacked attractive rhetoric and great international public relations. But, what about the New Man?

Many refutations can be made of this experiment. The economy alone would fill volumes, especially those dedicated to agriculture with an emphasis on the sugar cane industry. But in the social aspects, that education, aimed at sweeping away the past, has left very ugly and persistent scars on this society. 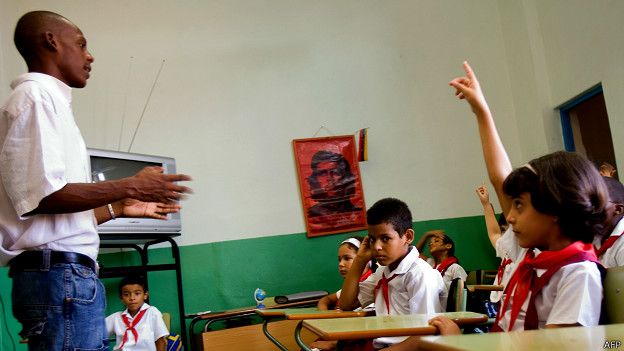 With the devaluation of the older generation of professional educators who did not show enough commitment to “the process;” the just right to a universal free education required prodigious waves of new teachers. Hundreds of young people, filled with revolutionary fervor, stepped up to answer the call to teach.

Vocation could be seen as a bourgeois leftover so many of whom, in normal circumstances, would have opted for other careers, found themselves in front of a student body barely a few years younger than themselves, and many performed well. Because in difficult times, everyone has their definitive test.

The queue of new teachers began to thin. Too many demands and too little reward, beginning with the salary. An exodus toward new horizons forced the training of new teachers, each time younger, each time more improvised.

If this weren’t enough, the Commander in Chief, who decided everything from beer distribution to the introduction of intensive cattle grazing, decided to recruit teachers from among those just graduated from high school, mostly to cover the deficit of teachers in the capital.

A tidal wave of young people from other provinces, whose mediocre academic results prevented them from accessing a college career, responded to the attractive prospect of living in Havana, making a magnificent salary and avoiding military service.

The Comandante decided as well that these teachers would teach all subjects. Readers who have a strong preference toward the sciences or the humanities will be able to envision how the classes in the teachers’ non-favorite subjects, with some notable exceptions, went.

You can trace down the results of the university entry exams, there is an online compilation of curated nonsense, we have a worrisome number of university graduate professionals who can’t spell, and we hope that the ignorance of a doctor or an engineer is related only to spelling. Many of our professionals babble unintelligibly because of their awful diction or read taking long pauses and making mistakes because they are unable to read smoothly.

But, what about the New Man? He never coalesced in any junior or senior high boarding schools in the countryside where coexistence had more to do with jailhouse bullying than with Communist altruism. 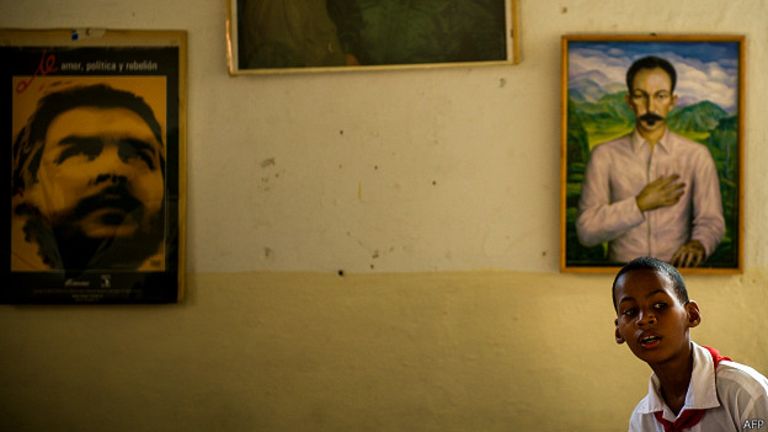 The children of those who emerged from the study-work experiment and remained in Cuba learned to differentiate between political discourse and private opinion, to say something while thinking something else…

To our New Man the concept of freedom doesn’t say much, but his eyes sparkle when someone tells him about the latest iPhone, puts his name down for the visa lottery[2] hoping to win, and he has adopted as his philosophy of life the motto of a chain of hard-currency-only stores: Me first.

[1] Martist = Martiana(o): referring to the ideals of Cuba’s José Martí, the National Hero. A 19 century writer, journalist, political activist and organizer of the 1895-98 war of independence from Spain.

[2] The US allows Cubans and other nationals to enter an annual lottery for permanent legal emigration visas to the US.