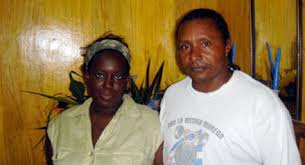 According to statements by Muñoz González from Havana’s prison Combinado del Este where he is being held, the regime has asked for 12 in prison for him, 10 for Garro and 11 for Hernández on charges of “assault, disorderly conduct and attempted murder.”

There are conflicting reports regarding the sentences for these opposition activists.  Other sources within the internal dissidence state 12 years for Garro and 14 for her husband.

Muñoz claimed to have in his hands the document produced by the prosecution on Hernández’s case on which the sentence requests for the other accused also appear.

The three dissents have been remanded in custody since March 2012. If the sentences become true, these would be among the longest imposed on dissidents since the imprisonment of the Group of 75 in the spring of 2003.

Garro and Muñoz were arrested during a violent police operation in which the authorities used Special Troops and rubber bullets.  The Lady in White was injured in one leg.

Muñoz said that the Prosecution accuses her of attacking a female police officer and shouting “Down with Fidel and Raul.” He is accused of throwing a television set at a member of the commando that raided his home.

“That is a lie. That is not true. They arrived shooting into the house.  At no moment did we injure anyone.  We were the injured,” replied Muñoz.

“[They did] Not prove that there was (a murder) attempt.  There was an attempt, but from them on us. The only murderers here are the Castro brothers,” he said.

He reckoned that the requests for long sentences show that “they (the rulers) will never forgive the fact that there are men that fight for Cuba’s freedom.”

“The dictatorship has retaliated against peaceful fighters, defenders of human rights […] I think this is one of the greatest injustices against the opposition in the last few years,” said Muñoz.

“We are fighters, and we will continue to be, no matter how long we are in prison,” he assured us.

During the year and a half that they have spent in prison, both Muñoz and Garro have been the victims of beatings and other punishments by the authorities and by common prisoners egged on by the former. Both have passed through punishment cells.

Last month, the Lady in White received a beating by four prison guards that were subsequently suspended.

Activists and relatives have requested in numerous occasions, to no avail, that they be declared prisoners of conscience by Amnesty International.