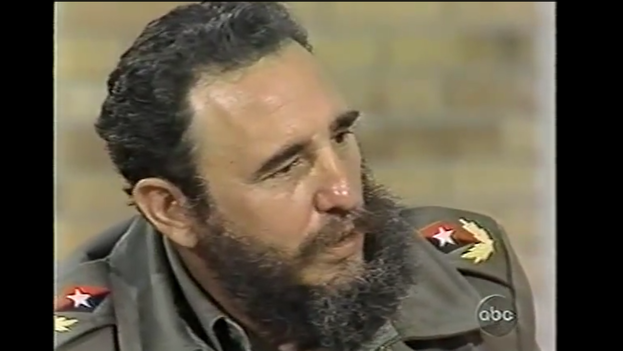 14ymedio, Havana, 24 July 2015 — A phrase supposedly attributed to the former Cuban president Fidel Castro has become, in the last few months, one of the symbols of the thaw between Washington and Havana, announced last December after 54 years of enmity. “The United States will come to talk to us when we have a black president and the world has a Latin American pope,” the former president supposedly replied to a question asked by the foreign press in 1973. However, there is no proof of the existence of this quote prior to 2014.

Fidel Castro’s alleged prophecy has circulated widely on the social networks and in the international press, translated into several languages, generating amazement among users and readers, shocked by the ex-president’s ability to foresee the future.

Among the most cited sources to substantiate the claims is the blog Maoist Rebel news, or the labor union forum on the island, Cuba Sindical. The anecdote even made it into the French paper Paris Match, which attributes it to a joke about a hypothetical conversation between the ex-president and Che.

The urban legend could be linked to Fidel Castro’s 1977 response to a journalist from US TV, although he made no allusion to a “black president” or to a “Latin American pope.” On that occasion, the then president said that he expected a normalization of diplomatic relations between Havana and Washington during a hypothetical second term of president Jimmy Carter, between 1980and 1084. However, Carter was not elected for a second term.