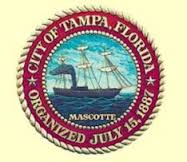 Under the title “Tampa seeks to do business with Cuba” in the Miami Herald, we learn that Tampa City Council members Harry Cohen, Yvonne Yolie Capin, and Mary Mulhern, along with Kathy Castor, will soon be traveling to Cuba.

Castor traveled to Havana in the first week of April with a team of advisers and members of the Center for Democracy in the Americas (CDA), based in Washington DC. The group promotes strategies and solutions to end the blockade and normalize relations with the people of Cuba.

The program includes meetings with officials from the Ministry of Tourism and members of the official National Association of Economists of Cuba, the Catholic Church and the Ministry of Energy and Mines. The current owners of the fiefdom of Cuba.

It is hard to see how money buys consciences, rents ideologies and submits the dignity of peoples to the aberrant debasement of the perversity of the soul. Money above values, above patriotism, above justice, above freedom.

Unfortunately it is a worldwide epidemic strengthened by lust rather than by the needs, insatiable ambition that devours feelings, butchering the sensitivity of humans for humans. He who calls you friend betrays you, lies to you, assaults you and even kills you for a few coins.

While it is true that it takes money to do things, it is wrong to believe that to preserve the human condition and inherent values money is essential.

A few days ago I received a comment on an article written to several U.S. businessmen and city council members among them Kathy Castor, a Democrat from Tampa who unscrupulously leads business negotiations with the dictatorial regime of the Castros. A few years ago they managed to open direct flights with an apparent sense of humanity without questioning the policy of human rights violations of communist rule. The comment reproached me for my negative attitude to the eradication of the blockade and the opening of travel of Cubans to the island, claiming that this policy had no effect and that the actions of the opposition had not accomplished much in 53 years. They almost expressed that this was the right to nourish the totalitarian government.

One thing is certain, the opposition, and has not had the recognition it deserves, nor strength enough to transform the political power, undoubtedly the traitors and betrayers of the same people for whom so many have been fighting. Reading the words didn’t make me angry, but sad, ashamed, humiliated.

How is it possible? I wondered, as there is little sense of dignity and justice in a group of entrepreneurs, Americans and Cubans, many expelled by the regime, having destroyed their families and led their people to denigration, now are able to gain some more coins to support the same dictatorship, with the same ideology charged with who subject a whole nation to the most cruel thefts and denaturation. How is it possible that those who went to beg alms from exile, because they were able to claim and exercise their rights, today sustain the same policy that denies the right of their brethren.

In fact there is a frenzy of activities, forums and gestures of goodwill towards Cuba. This is what happens in Tampa, a city with historical and commercial ties that date back to the nineteenth century. Tampa has about 100,000 residents of Cuban origin, according to the commentary of the Miami Herald.

It is amazing and humiliating that they use the term “goodwill toward Cuba,” continuing to confuse Cuba with the totalitarian government. Continuing to confuse Cuba with the Communist Party and the dictatorial regime without taking into account the will of the people subjected by force of power. Whoever does business with and makes goodwill gestures toward the Castros’ government has not done business with or made goodwill gestures to Cuba, but with those who have destroyed is as a nation and people and a country.

Cuba is changing and following significant market reforms that deserve to be taken into account by the United States, said the council members.

The dictatorship is mutating to a more open dictatorship, using many tactics. The people were deprived of all rights and remedies, and now they deliver some and seem to change and reform, but the essence of control by power, to subsuming rights and freedoms to force remains intact.

As Mauricio Claver-Carone comments at the end of the article: It is “an exercise in shamelessness. It is sad that with 34 democratic countries in the Western Hemisphere, these local councilors seek to be entertained by the only anomaly — a military dictatorship that violently represses men, women and children.”