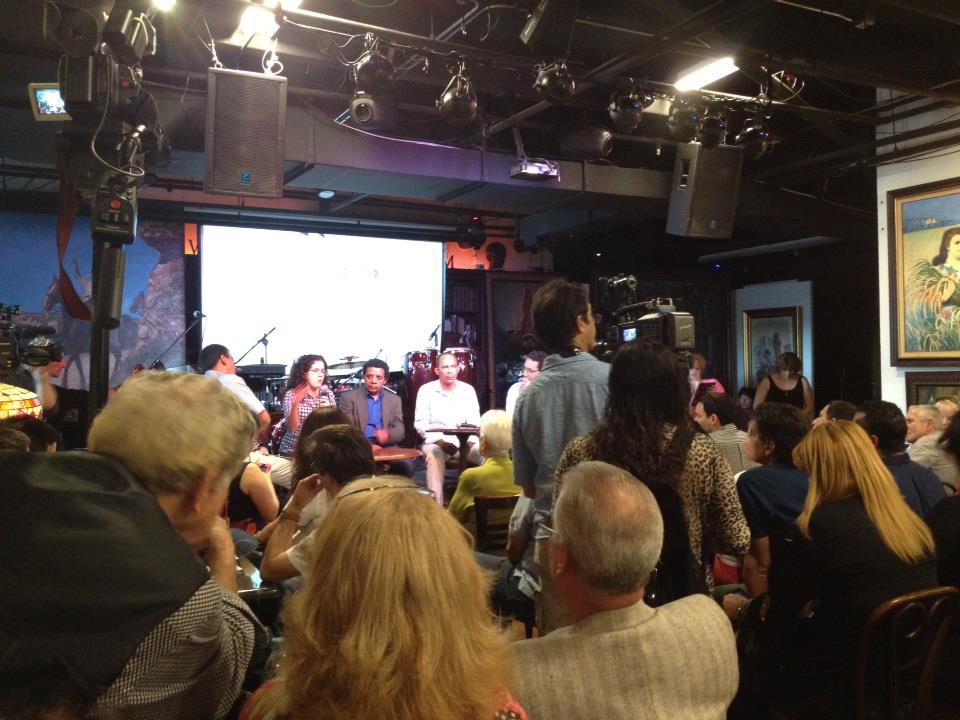 Antonio Rodiles, coordinator of the independent Estado de Sats project, presented the citizens’ Campaign For Another Cuba to Miami. On Saturday evening, May 4, Cuba Ocho on the city’s principal arterial was filled with several generations of Cubans, interested in knowing about the civilian initiative.

The Citizen Demand seeks to demand that the government apparatus ratify the United Nations Covenants on Civil, Economic and Cultural Rights that it signed in 2008, and it tramples on them with repressio and meaningless prohibitions, said several of those present.