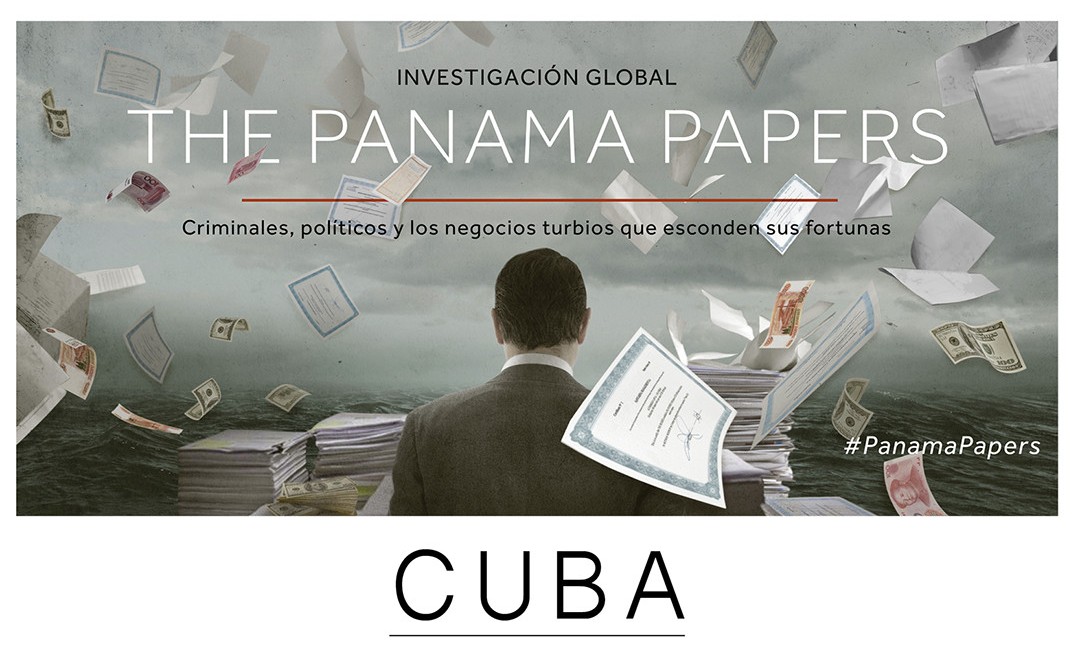 Hablemos Press, Cuban Journalists and others* (see below), 13 May 2016 — Officials of the Cuban Communist Party hired a Swiss attorney to establish offshore companies for their global business activities, the Panama Papers reveal. The unprecedented leak of 11.5-million documents from the legal firm Mossack Fonseca in Panama exposed the offshore actions and suspicious financial transactions of chiefs of state, government officials and celebrities worldwide.

Cuban law does not include any specific legislation regarding State functionaries and offshore enterprises, however such activities would be questionable in the strictly communist country.

The documents reveal that Albert-Louis Dupont Willemin, a lawyer from an aristocratic Swiss family, was a high-level legal advisor and intermediary in more than 20 offshore concerns with commercial ties to Cuba. Dupont Willemin, who also represents Guatemala as honorary consul in Geneva, created two offshore companies, located in the British Virgin Islands, via the registered agent Mossack Fonseca—Curtdale Investments Limited, and Ardpoint Company, Inc. Dupont Willemin’s office stated that he had no interest in commenting on this matter.

Hernán Aguilar Parra, member of the [Cuban] National Assembly of People’s Power, appears in the Panama Papers as director of both companies. Parra ceased being a member of the Assembly in November 2015, a year after the general elections of 2014.

According to the leaked information, the tax havens are associated with Grupo Empresarial Tabacuba, a state-run company that controls all production and sale of Cuban tobacco. Parra also served as director of Tabacuba until 2015. It is believed that Parra has left the tobacco business.

“The deputies (of the Cuban assembly) have restrictions,” said a spokesperson from the Cubalex Center for Legal Information. “The function of the deputies is ad honores (they do not seek compensation) and cannot be utilized for personal gain. It is one of the duties established by existing law.” The spokesperson continued, “The law does not impose on the managers or directors of companies any restriction with respect to establishing relations with private firms. However, it would not be very well regarded for a State official, taking advantage of the function of his position, to establish commercial relations with private companies.”

The former director of production for Tabacuba, Inocente Osvaldo Encarnación, was also tied to the offshore Ardpoint Company Inc. During a telephone interview, Osvaldo Encarnación confirmed that he held shares in a company, but declined to name it. Likewise, he also refused to comment on his ties to Ardpoint.

Although the leaked data do not indicate any specific violation of the law, they do offer an intriguing perspective on the web of relationships.

Corporación Panamericana, headquartered in Havana, is the responsible party for providing the services of Mossack Fonseca to Cuban companies. According to the documents, the Cuban attorney Katiuska Penado Moreno has been the firm’s legal representative. During a brief telephone interview, Penado Moreno claimed to have no ties “currently” to Mossack Fonseca nor to Corporación Panamericana.

Through Mossack Fonseca, Dupont Willemin founded Racuza S.A., a firm that sells computers, peripherals and software to the Cuban market.

Among Racuza’s assistant directors are José L Fernández de Cossío, former Cuban ambassador to Japan, as well as Porfirio Medero Paiva and Hermes Vaillant, two Cuban attorneys who work for Panamericana. Paiva, Cossío and Vaillant also are listed as directors of Miramar Investment Corporation Ltd and Caribbean Sugar Trader. It was not possible to locate any of them for comments.

The Panama Papers expose the legal agreements between the Cuban government and Mossack Fonseca.

International Juridical Consultants (CJI) is a Cuban law firm that lends assistance and legal consultation to privately-owned businesses and companies. It is also a legal partner of Mossack Fonseca. The firm became the principal agent between the Cuban government and Mossack Fonseca in charge of providing legal services.

Upon being contacted, CJI directed information requests to attorney René de Jesús Burguet Rodríguez, whose name also appears in an email exchange between CJI and Mossack Fonseca. No reply had been received as of press time.

The leaked data include other links between officials and offshore enterprises.

The Union of Hydraulic Research and Projects is a consulting service of the National Institute of Hydraulic Resources (INRH), the government agency in charge of hydraulic networks and sewerage systems on the Island. The Union appears as a shareholder in Técnica Hidráulica, an offshore company headquartered in the British Virgin Islands and created through Corporación Panamericana. The company, property of a commercial enterprise of INRH called Técnica Hidráulica S.A., operated until 2015, when, according to the Panama Papers, it was liquidated.

CJI was in charge, according to a contract, of representing the legal affairs of the offshore companies of Técnica Hidráulica S.A., which are run by Mossack Fonseca.

The Panama Papers identified Wilfredo Leyva Armesto, also known as William Leyva, as the director of Técnica Hidráulica. Leyva could not be contacted for comments.

A spokesperson for Cuba’s National Assembly said that they could not respond to questions related to the Panama Papers.

*This work is a collaboration of the Czech Center for Investigative Journalism, the Institute for War and Peace Reporting, Independent Cuban Journalists, Cubanet and Diario de Cuba.