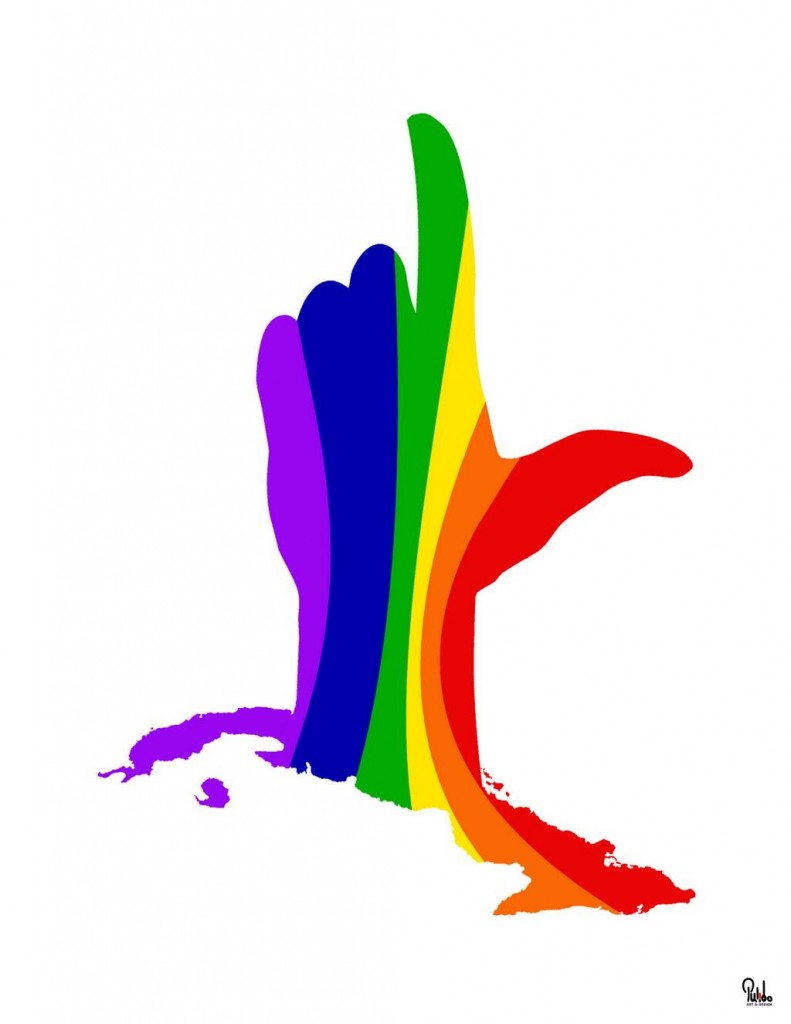 Summer 2013, in support of LGBT opponents of Cuba, in their travels in the U.S.The L is for Liberty.

After three months moving from coast to coast of the United States like an off-balance electron, finally I receive a little from dirty faces, the smell of croquette and military comemierduría (“crap eating”). I deserved it: I already missed my homeland so much…

Indeed, also after three months meeting there at the University of Havana, as if they weren’t a delegation but a Fidelista fascio about to enter combat, I saw myself finally trapped once again in our country. Like Chacumbele I killed myself. The scaffold is just like…

I squeezed into LASA 2013, thanks to the readers of my PayPal, who paid so that I’d be the final member of the Cuba Section of its XXXI Congress, in Washington DC. All my friends warned, in Spanish and in English: “Don’t appear in this lair, do not present yourself to this insipid isle of ideologists of inertial idiocracy (the alliteration is mine, it’s beyond my control), better to continue as “homeless” with your little columns, photos, chats, fiction and anthologies, better you flee from our history while the post-Communist string in this other country lasts for you.”

But eventually curiosity gnawed at me. And I had to insert myself into the dimly lit little classroom with the halitosis of the hysterically baked left in the USA (someone would have to present a PhD on why those who “defend Cuba” never get good dental insurance).

There inside, at seven in the evening, from the near and the far of America, I discovered a troop of Cuban economists, technocrats that the system uses and discards every five years, and an elite team of security people in their guayaberas, the de rigueur shirts of the diplomats, whose executioner muscles from the Cuban streets I recognized right away, just like their totalitarian moron crewcuts. I realized that I was in the capital of imperialism and had gotten myself, by my own taste, in a Castro box, where the only thing that occurs to them is just what happened: an act of repudiation (revolutionary imagination is very common; the government is insolvent in everything except in the organization of hatred as a source of governance).

The prestigious Cubanologist Ted Henken of Baruch College in New York, an academic coerced years ago at an airport in Cuba and expelled from the island by an anonymous big-mouth, was the victim of the revenge. It occurred to the charismatic Yuma to become publicly interested in the fate of the Cuban colleague Omar Everleny Pérez, evangelist of the fraudulent-change of the Raulista reforms, recently ousted from the Center for the Study of the Cuban Economy, with the extra bonus of preventing him from traveling to LASA 2013, despite the fact that his speech “Direct Foreign Investment in Cuba: possibilities and challenges” was still included in the official program. (A colleague justified his absence by claiming that Omar Everlany was happy, and that he had entrusted to him to witness that no one mention his name in the USA).

The reply to Uncle Ted was with throats trembling with anger and raised index fingers (was it in homage to the former Chief Economist?) that were pointing like lightning rods to the ceiling of the Marriot Wardman Park Hotel. They denigrated the poor poster of the Cuban-New-Yorker designer Rolando Pulido, which was one key of hope to undo so much closure (they had crapped themselves from fear with the #OccupyLASA hashtag, because, as specialists in boycott and sabotage, they are well aware that “from saying to doing is no stretch”).

I wanted to make up a little American Airlines bag with the brochure of the 5 Heroes, that they gave me upon entering the room (more a call to launch a public scandal in front of the White House) and barf into it the simulacrum of coffee that is consumed here.

I already had forgotten the rudeness, the authoritarianism, the illustrious mediocrity, the “mustaches” of sub-socialist soup, the copper complexion and the accompanying tummy, the sparse clothing, the self-victimization due to the “conditions of the American blockade” (even a petal from a free flower hurts them, these “poor-little-me” types, because surely it is a part of a multimillion-dollar campaign to damage the “savior of children” image of the revolution: and here sneaking around right in the open was the activist Frank Calzón of the Center For A Free Cuba, to prove it). My soul had forgotten the cold scar left by the the implicit terror when they shout at you, and you know full well that they drive a red Russian Lada, which is the end of the rabble rousing and the beginning of the crime in a gutter in Bayamo or Baltimore.

Fuck. I’m glad that the LASA 2013 congress is over. Go fuck yourselves, I repeat, so you can get over with excommunicating me and no other American institution will remember me. What a relief.

For dessert, two female acolytes from Havana’s Superior Institute of Art went about stalking us Cubans who didn’t belong to the official delegation. I was about to denounce them to the hotel guards. Ugly like only they are, Communists with the strength of celibacy. But then I figured that hotel security was being paid off by them. It would be the same as typing in a password in the computers of the event, it would have been a suicide. Like living in the United States is the best way to come into the range of that clan, which begins with the Cuban Academy and ends in the catacombs (so that later those same scavengers of academia study my work and charge for their cretinous summer courses and travel to Cuba before the season of The Fall).

You have to leave the country, comrades. Leave that nightmare of a country. Leave this paradise of a country. You have to emigrate truly, it’s not enough to make intelligent faces or impart their spiels in any public or private Made in USA university. We cannot allow ourselves the luxury of triumph, that would be our most degrading defeat. We must continue to the north, comrades of the pack, always further north like a pack of wolves of boreal adventure. The view of the implausible glass star that does not move in the pole, mirage of barbaric light, midnight sun, body which crystallizes into a corpse but is not corrupted. We must tread the lost steps on the fossilized snow where nobody has ever pronounced the word “Fidel.”

Return to Cuba, now, you despots and unlucky ones. And wait for me, since in my flight toward the antipodes I am always going to return. 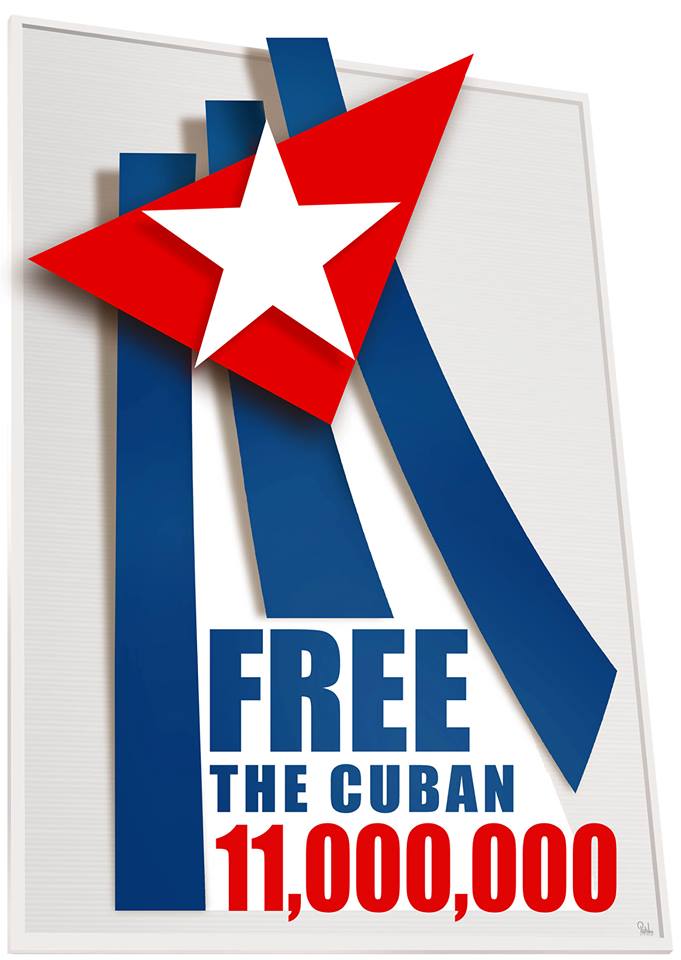 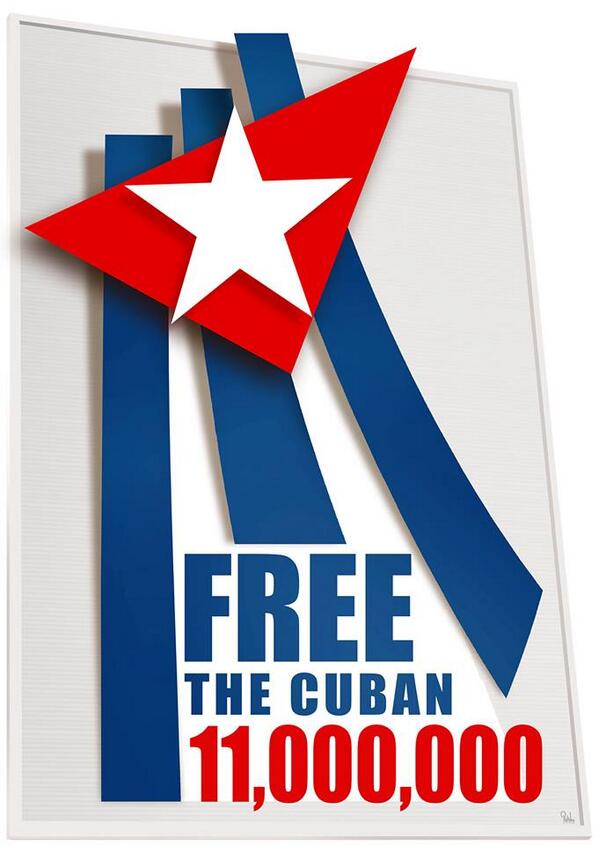