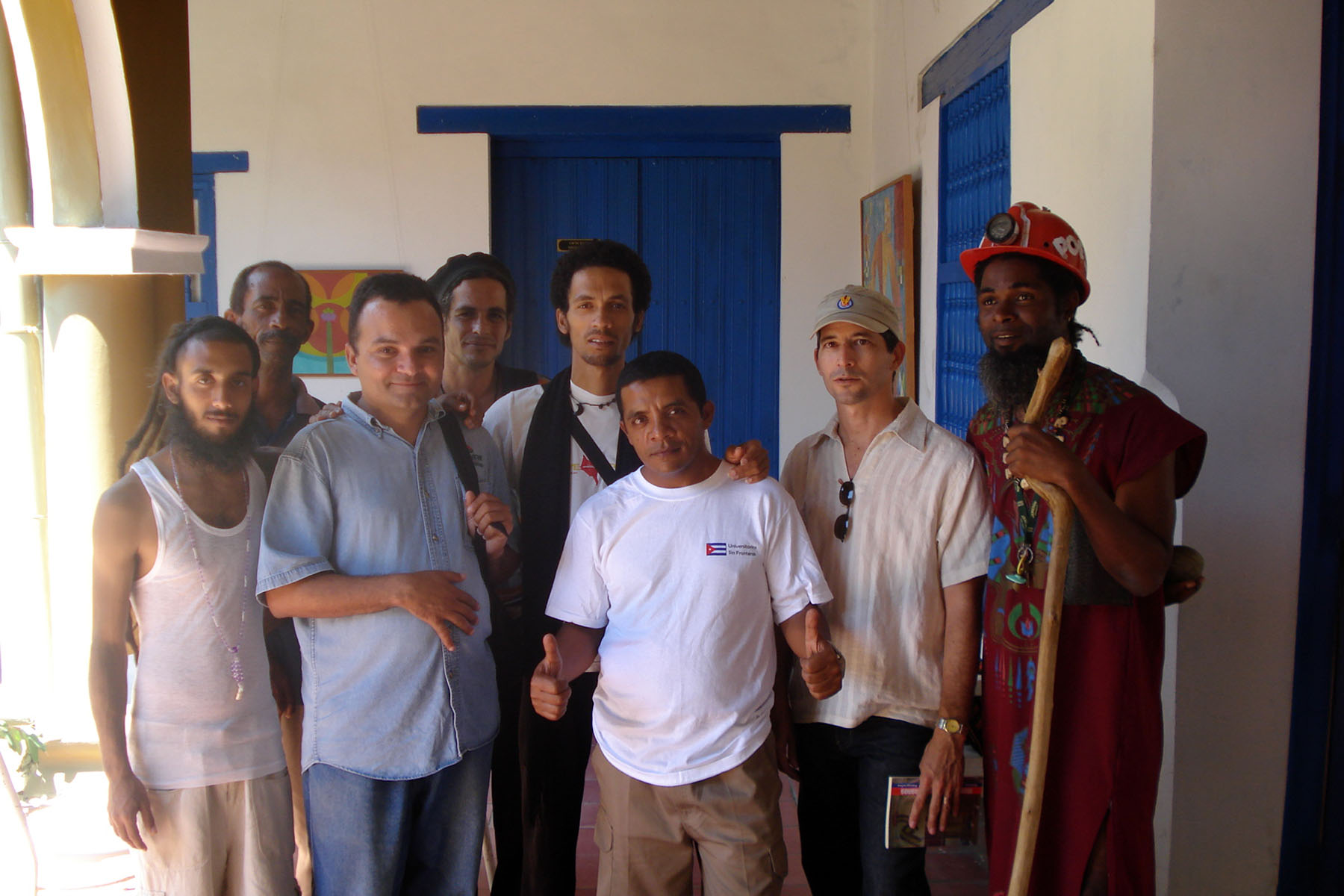 Now that the Endless Poetry Festival has passed its first hours without any considerable and visible repression, I want to make my contribution to this urban tribe that has taken the streets for themselves. From Miami I read in front of a camera to insert our voices and faces among their and we were one, yet diverse.

The photo you see with this post was taken in 2006 in the city of Holguin, the boys of Omni-Zona Franca were making an alternative tour of the provinces and one afternoon we went on a spree to see the oldest house in the city, made of adobe and straw, we sat on the ground in a park and counted cars and beautiful girls passing by. We read, we said many things, but the poetry that filled the air that day was an act of tolerance that continues today.

In some ways those of us who are in this photo (from left to right) have taken different directions and postures towards life, however poetry has saved us from the exclusion and hatred, from the lies and the unreasonableness of believing ourselves superior beings, so we have a kind of truth which raises us above others:

David D’Omni continues his music and his art against evil spells, he is in Havana-New-York-Berlin-Alamar, he has his left hand on the poet and essayist Ronel Gonzalez who digs a well every week to drink better water in the Holguin God gave us. Behind them there is a gentleman whose name I never learned and next to him is Hendrix, a film student in that city. Luis Eligio with his energy covers my back, as I looked like I was going to shoot up into nothingness

Michael Hernandez was about to go live in Texas and never write poetry, somehow this is a funeral ceremony. Amaury, not looking at camera, seems to be entertaining some mischief just before being frozen forever in that image that united us for a second.

Poetry saves. Does poetry save? Well, we already know, now: “Love your rhythm, rhyme your actions, Poetry is you!”