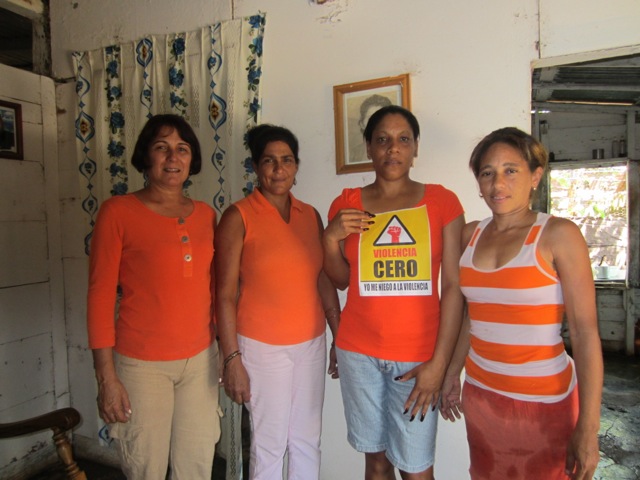 In San Luis, a small town in Pinar del Rio, two young men caught the attention of State Security for distributing flyers for the Zero Violence campaign, and were detained.

Taken to the police station, one of them asked the repressor, “Are you in agreement with the violence?”

The cop responded no.

“Then, why stop me if all I’m doing is calling for no violence?”

The guy in uniform responded, “Because I’m not in agreement with what you’re distributing (the message). Give it to some other citizen to distribute.”

“Then I’m giving it to you, so that you will distribute it, among your people who are violent,” concluded the boy.

The Zero Violence campaign is an initiative from within the independent New Country platform, and is being conducted throughout the Island to create a change toward tolerance; which inevitably contradicts — disagrees with — Revolutionary politics; which is by nature intolerant and, let no one doubt it, violent.

“The authorities are trapped in their own contradictions. Between the image they want to sell of a calm and civilized country and their real conduct relative to repression,” says Manual Cuesta Morua, independent journalist, political analyst, president of the social-democrat Progressive Arch party, and national coordinator of New Country.

The victims of the repression agree with regards to the style flaunted by the agents: whether they’re uniformed police or State Security agents; even people recruited to carry out an act of repudiation try to ignore the existence of the other, the right to different, with an attitude masterfully defined once by Padre Conrado — recipient of the Tolerance Plus prize created by the same Platform — as “The Nullification.”

According to Cuesta Morúa, political violence, in Cuba, feeds on marginality, crude language, barbarism. People who are recruited to perform an act of repudiation are rarely the grande dames of the Revolution. Those who are mobilized to carry out these acts of verbal and physical violence are people who inhabit the marginality reproduced by the Revolution.

The Zero Violence campaign aims to work in marginal communities across the country, because from the moment that people learn not to use certain language and not to engage in certain behaviors, acquiring education instead of ideology, it is quite difficult later to break their own rules; also severed is the possibility of the State buying the attitudes of the marginalized for acts of repudiation, which are, as Cuesta-Morúa noted, “the suspension of politics.”

“When you become aware that you can’t, nor shouldn’t, project yourself violently against others, it quickly activated the culture of conversation,” says Cuesta Morua.

The culture of dialogue has been marginalized by the Cuban authorities, who need to be reminded of that phrase of the far-off Voltaire: I disagree with what you say, I completely disagree with that, but would defend with my life your right to say it.

“Violence in education is part of the organizational structure of State violence,” continues Cuesta Morúa. “Children in Cuba are taught to salute the flag with the slogan, We will be like Che.”

“El Ché,” as the Argentine guerrilla Ernesto Guevara is known, was a Communist and officiated for years, running the deaths before the firing squads of La Cabaña. Cuban mothers and fathers have never been consulted about whether they agree that this is the best educational paradigm. Cuban schools are State-owned, and are an investment in the ideological field. “When you teach a child to be like Che, he is subliminally instilling the culture of violence and disrespect for human rights,” added the activist. 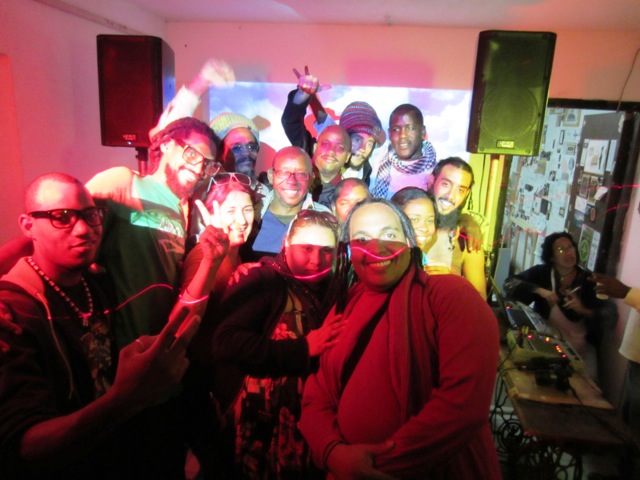 The women who joined New Country created this campaign and are its main promoters. They have organized workshops to teach their peers how to defend themselves in situations of violence, whether domestic or institutional. Through the Zero Violence Help Line, a series of phones have been placed at the service of people who seek advice, literature, or who decide to report an act of violence to the coordinators of the campaign. The coordinators would be responsible for investigating the complaint and for ultimately entering into the Orange Report, created for that purpose, cases of violence that come to their attention. With the hope of seeing what they can do to reduce them to the minimum.

The days of November 18 to 25 coincide with the international day against child violence and gender violence, respectively.

Paradoxical as it may seem, as we said above, there have been a number of arrests of activists and promoters of the Zero Violence campaign in the west and east of the island. They are political arrests, obviously.