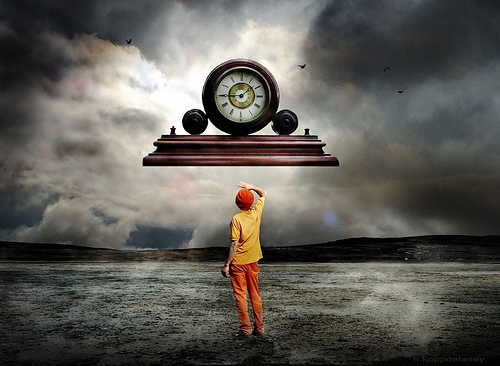 You discover it by chance. Looking, without much encouragement, through some photos, let’s say: images of a past that you know will never return. (It is one of the hallmarks of the past: it never returns.) You look at the photos with pleasure, sometimes strangely, because in the past your hair was longer, or you had a mustache, or you weighed some thirty pounds less than you do today; you look at a piece of time frozen in the scene, innocent of the next turn of the page, of the next image that will appear before you, everything will change.

And suddenly you discover: the sting of nostalgia.

It’s not an aggressive impact. It almost never is. Nostalgia is a like a whisper, not a strident discomfort. It is activated in some unthinkable way: in the photos you were looking at familiar faces no longer living, places you will return to, pieces of your personal history, and all was well. But suddenly an object, laughter stopped in time, a pose in front of the camera, the dog you had at home, the color of some wall; suddenly a click triggered an unpredictable mechanism, and everything broke with the noise of a crack or a scar. So with nothing more. The affective memory, they say. Like madeleines for Proust’s character. Memories that are not remembered: that are felt. They do not pass through the brain, they pass, perhaps, through the heart.

Nostalgia has been a powerful ally of all tyrants of all times: the worst punishment, more ferocious even than death, has always been exile. When the satraps wanted to crush the souls of their enemies, they do not execute them: they exile them. They knew that in the distance a hangman called nostalgia would not rest: a kind of slow death, calmly, a death that kills unnoticed. The philosopher Attalus, Miguel de Unamuno, Felix Varela, Alexander Solzhenitsyn, José María Heredia, Demosthenes, Ciro Alegría, José Martí, they knew it well.

In his demonic mind, Stalin know that before mowing down Trotsky’s life he would increase the pain: expel him, to wander through the wide and foreign world, before putting an end to him. Nostalgia exploded in the pained heart of Guillermo Cabrera Infante, and made him a withdrawn Londoner he never recognized in the mirror.

Nostalgia is for many worse than death. The longing for yours and for what belongs to you, for that social and individual consciousness that shaped you as your years passed, that tacit and boiling pain is, for some, an impossible weight. It is not in vain that the death penalty exists in the state of law, but not in exile.

Would it be worth it to rebuild the past in the present you live, as an antidote to nostalgia? Let’s say: as everything is a question of money, let’s put money in this game of dreams. You win the lottery. Someone calls you on the phone, tells you that from now on you will have a 100 million dollars. And you apply it… let’s see… you set aside half to recreate your past. You cold not build the house where you were born with its odor and its dead neighbors, with its narrow streets and its dogs and noises; nor could you drag with you the environment of its history. But you could surround yourself with those you desire. In reality affective memory feels privileged for the living, for people, not for wood or concrete.

With your 50 million you can bring with you, to the new site-country-reality where you live, almost everything that really interests you: your family, the friends you most think of, the girlfriends you had, even with their new boyfriends if it pleases you. You can give them houses and food, close, very close to you. And then you discover that if the effort was to reconstruct your happiness, you’ve miserably wasted half your fortune. You discover that everything has changed, your friends aren’t the same, that the symbolism was left behind, that your life, your day-to-day, the routines you missed and that you now detest, existed while you existed in the past. And that time knows no mercy, and everything is buried in the dust forever.

No one knows, no one suspects it, but nostalgia obscures the years of our lives. You hide the present where you should be living among a tangle of memories and sadness. You convert yourself into a specter you never thought yourself to be. The specter that closes its eyes, reproduces your neighborhood, your children, your stinking streets, between dreaming and dozing, and stores memories, manages them, to live by and for them. And some will henceforth be specters without peace: dying destroyed by nostalgia, by longing, for parents they didn’t see die and could not bury, for the cruel destiny of beginning a new life at the midpoint of their existence.

I think of this on this day I turn 27. Not bad. I like my 27. I like the investment I’ve made with my 27. But I think of this today because my mother can’t give me a sublime kiss, and will spend a day in agony, tormented by my distance. I think of this because my friends, who think of me and owe me the iron love of someone who knew how to earn it, they will miss my sarcastic face before their effusive congratulations (I’m not too much of a cultivator of dates and traditions: for some my unpardonable defect). I think of this, above all, because I am not resigned to accepting in silence the shitty laughter of those who employ the nostalgia of Cubans as their most effective weapon, most coercive, most deceitful.

In that Universal History of Infamy, written by a semi-blind Argentine genius, must be included the testimony of ours, of mine. The testimony now mine. The sordid history of an entire people lacerated by the nostalgia of those who stayed and those who are gone, which is basically nostalgia for their own identity split in two. The story of how hundreds, thousands, millions of beings were condemned to eternal nostalgia in the name of a hellish ideology.

Your tragedy is worse than you imagine, though you turn your face and refuse to look at it. Though you submerge yourself in the morning paper, and in the recently cut grass, in your remade life. You do not miss anyone from your past. Your nostalgia is really a nostalgia for yourself, and against that, what can you do?