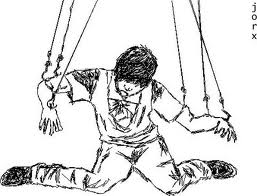 As August progresses, as if the summer sun and rain weren’t enough, the official press is punishing us with news that tests the boundaries of even the complete joke represented by the newspaper Granma, the Communist Party organ, and Juventud Rebelde — Rebel Youth — the newspaper for the younger generation, two sides of the totalitarian coin, accustomed to embellishing statistics, interviewing “leaders” and courtesans, pointing their magnifying glass at events in the United States and giving a pat on the back to allies like Iran and North Korea.

As each edition reiterates the twisted perception of the world versus the wonders that happen on this island, these media beat us over the head with the little story of Comandante-Saviour-of-the-World and the disasters in other latitudes that confirm his prophecies. To the worst leader in our nation’s history they dedicate poems, art works, celebrations for his 84th birthday and comments on the 896 page tome he wrote when he was seriously ill; it can’t be topped, right?

In this satirical operetta is inscribed the interview published by Mayte María Jiménez, on Saturday, August 14, in Juventud Rebelde, of Maydel Gómez Lago, 23 from Cienfuegos, who is a recent graduate in Pedagogy and the designated president of the FEU (Federation of University Students). If anyone would like to see Maydel’s teeth and to know “What Cuba dreams of in the future?”, I suggest you get the newspaper or ask Google the title “Creative and in love with life” (Creativos y enamorados de la vida).

As we know how they fabricate these puppets converted into leaders of this or that organization, I am not going to question this girl’s biography nor repeat the questions and answers. Maydel seems less intelligent than Carlos Lage and nicer than Felipe Pérez Roque, two men who ascended the ladder to the top tier of the Cuban government years ago from the little position now occupied by her. Lucky girl!

The girl spoke, of course, of the ideological political work and the academic plane, of being more creative to strengthen the Revolution, of giving continuity to the leadership of the FEU, which Julio A. Mella and José A. Echeverría gave their lives for, and bet on “an eternally socialist and revolutionary Cuba,” Come on! The same as always. Nothing about the autonomy of the university nor how to extract the FEU from the clutches of despotism.

On Tuesday, August 17 Juventud Rebelde provided one of its pages to another young official. His name is Jesús Lara Sotelo and he emerged by drawing Fidel Castro, to whom he dedicated his most recent work, “The Triumph of the Prophecy,” now exhibited at the Hotel Nacional, and displayed on August 13 at the Cuba Pavilion, where the celebration With Fidel and For Peace was held. We know through the journalist José Luis Estrada Betancourt, whose interview appeared on page 6 under the title of the picture.

Rather than a marionette, Lara Sotelo seems more like a pygmy with a brush in front of a colossal and ancient David. In his responses to the reporter, the new Painter of the Olive-Green Court could displace Alexis Leyva (“Kcho”), who encouraged him “through a mutual friend.” Thanks to the push (or the order, who knows?) from other celebrities of the eternal army, like Alex Castro, who presented him with photos of his father; Armando Hart, ex-minister of culture, and the pianist Frank Fernández, who blessed him with a homonymous work.

As a reward, the new portraitist of the tyranny left on a trip to the Basque Country, where he will exhibit his mural, “Haiti is another Guernica,” in the Make Bacon salon. The young palace decorator is clever and manipulative, right?