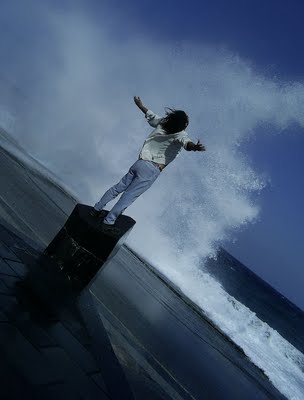 THE DAWN* OF WAITING

José Lezama Lima waited for the death of his mother before feeling guilt-free enough to publish the scandalous Paradiso. Virgilio Piñera waited to amass 18 boxes of unedited material before letting himself die of loneliness or of State Security. Dulce María Loynaz sat down, like a character from the TV show Survivors, to wait among the spiderwebs of her garden for a pre-posthumous Cervantes Award. Heberto Padilla trusted that the Cuban Ministry of Culture would forgive him for leaving the game and would give him a visa to die in his homeland (which, since the XIX century, is supposed to be living*). Eliseo Alberto waited for the death of his father to report, in liberty, about himself, about ourselves.

The list is infinite. An island infinitely in line.

Cuban Literature is that oedipal wait, that dirty closeted little secret or that hysterical tantrum before our father in chief (who reads it all, can do it all, can wait for it all, like love). Writing in Cuba has been crouching for decades under a desk in boots in the National José Martí Library.

Cuban writers continue to wait for a domestic, historic death before having their hands free to write (that is why they allegorize all the time instead of just saying). Such complicity silences them and subsidizes them in terms of an intellectual nation, in terms of a dead class without a ticket to the future, in terms of sterile spectators of a fiction that is never capable of protagonizing reality, that prosaic term (that is why they poetrize all the time instead of simply narrating). Such is the typical trauma of the familial or political totalitarianisms, that in the Island they have already become indistinguishable because of the comfortable and criminal habit of waiting.

Deep down, we have to understand them, it’s about a bourgeois tic. No cowardice: it is elite lucidity, aesthetic instinct. They know the most important thing in the universe is to write their own little complete pieces. No hypocrisy or opportunism: it’s a sense of the transcendental. They know they are a caste chosen to create the Cuban beauty that will transcend them. Ars longa, Revolutium brevis. So they wait, if it’s possible with an insular career splashed of little races to capitalism.

In each new book Cuban literature dreams, in its collective unconscience, with strictly obeying the slogan that isn’t as fierce as it is faithful: within literature, everything; against literature, nothing.*** The Cuban author is too intelligent to be an author. Postpones, rather than proposes. A speech, rather than a delirium. Constructs, before deconstructing. Isn’t desperate (there’s more time than there are maximum leaders). That is why Cuban literature is so exasperating.

Translator’s notes:
*The original word in Spanish, “orto,” means the appearance of the sun or another star in the horizon.
**Reference to Cuban national hymn: “don’t fear a glorious death, for dying for the homeland is living”.
***A play on the renowned slogan of the revolution: “Within the Revolution, everything; against the Revolution, nothing.”