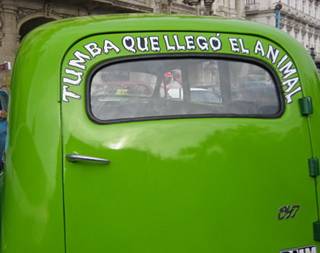 Tomb to which the Animal Arrived

The existence in Latin America and the Caribbean of presidents closer to comic theater than politics is not an exclusive, since they have also existed and do exist in other regions of the terrestrial globe.

What happens around here is that these characters like to interpret their roles with an elevated dose of overacting: Mariano Melgarejo between 1864 and 1871 in Bolivia; Porfirio Diaz between 1876 and 1911 in Mexico; Juan Vicente Gomez between 1908 and 1935 and Marcos Perez Jimenez between 1952 and 1958 in Venezuela; Rafael Leonidas Trujillo between 1930 and 1961 in the Dominican Republic; Francois Duvalier between 1957 and 1971 in Haiti, and some others constitute the important historical benchmarks.

In the 21st century, in order not to break the tradition, there have emerged others, among those that stand out are Evo Morales in Bolivia and Hugo Chavez and his successor, Nicolas Maduro, in Venezuela.

As Chaves, now physically disappeared, for his characteristic histrionic and inimitable nature, deserves an individual study, I will only point out in passing that Morales, the native Aymaran, more fiction than reality, is capable of saying the greatest simplicities without the least blush, as if he were expressing transcendental truths (the one about chicken meat and homosexuality is priceless).

But I will stop on Maduro, who has exceeded them all, who himself converses with a Chavez converted into a bird (maybe the one from Twitter?), a bird that gives him instructions and tells him how to govern, which appears to him in the streets or on the wall of a Caracas Metro tunnel under construction.

Some days ago he created the government position of Vice Minister of Love and Supreme Wellbeing, and now we have the Day of Loyalty and Love for Chavez.  It seems that, besides suffering from hallucinations and visions from beyond, he has a fixation on the word love.  He seems to me to be re-reading 1984, the magnificent and terrifying novel by George Orwell, only now become reality.  Closer to a psychiatric hospital than the Miraflores Palace, this true bull in a china shop, like all good comic theater actors, always appears with something new to make us laugh, very superior to all that came before.

Without a doubt, all these presidents and others that I do not mention, chose the wrong careers: with magnificent conditions for the stage, they erroneously decided on politics, unfortunately for our nations.