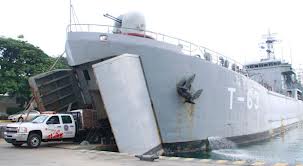 The boat sent by Venezuela for the victims of Hurricane Sandy in the east of the country will not fulfill its objective. Most of the merchandise will be diverted to the hard currency stores to enrich the Cuban government.

It won’t be the first, or the last time that the government diverts some of the merchandise meant for the Cuban people sent by some foreign country. This is what some of the capital’s population say in the streets. “It’s nothing more than a benefit for the families of the military,” say the great majority.

We wait what will happen, but history has demonstrated that the products don’t get to the ordinary Cuban.