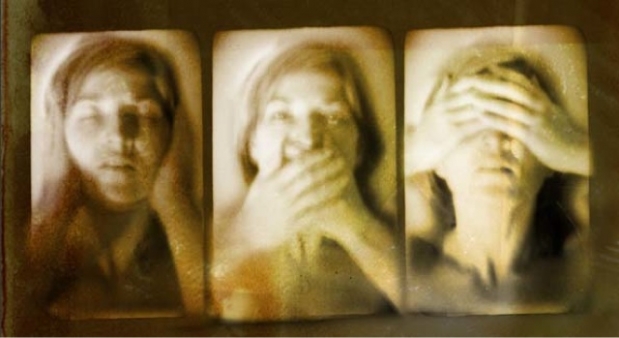 I only knew Luis Pavón by reputation. Talking with my husband, Rafael Alcides, and with friends, he was almost never mentioned directly. We talked about “the pavonato,” that dark period that was aired for the first time in the glimpse of freedom we came to call “the little war of emails.” Alcides, for personal reasons, did not visit the Cuban Writers and Artists Union (UNEAC) in that grey period imprecisely denominated a “five-year period.”

His only approach to publishing in that era was a novel that he offered for review… and it was lost. In some box in a work corner in the house is the typed correspondence that went back and forth demanding his original, and from the Union publisher answers with no answer. Alcides can’t get out of his mind that his novel ended up in the drawer of some compañero from UNEAC.

But this isn’t the story. Alcides came to know Pavón in 1987, when he was ousted, an obscure official who ruminated on his “glory,” and offered to take him home from the Wilfredo Lam Center in old Havana in his Lada. As the trip gave them some time to talk, Pavón complained that the writers who had suffered the rigors of the Five Grey Years, most of them friends of my husband, treated him with contempt, insulting him; humiliation on top of humiliation, as the UNEAC International Relations officer, he had to carry the suitcase of people whom he had once received as president of the National Council of Culture (CNC).

Alcides, who actually was a friend of many victims of the policy of the parameterization* and exclusion, replied that it was logical and Pavón should understand. To which Pavón replied that he had only followed orders. “There are orders that must not be followed if you want to be saved by historical memory,” said my husband. “But I am a disciplined militant,” was the reply. “But the true militants are saying no,” said Alcides.

Five years later, they met again at the house of a mutual friend. Pavón was already retired and recommended with special enthusiasm the Bulgarian novel, “When you are king, when you are executioner.” Alcides didn’t know of it, so the third — and last — time they met, Pavón gave him a copy. What particularly interested Alcides it what he would have liked to say Pavón: in every king is there always an executioner? Does every king have his executioner?

The television program Impronta rescued Luis Pavón Tamayo from oblivion for the worse, and silence now before his physical death confirms his civil death years ago. The victims of the policy he represented are comfortable between acknowledgement, travel and awards; they prefer Pavón make the target of all the darts. They know that Pavón did not improvise, and if there was any official apology, would be unofficial and individual. The disciplined militant embodies the king as the object of all the hatred.

Leopoldo Avila**, the alias who martyred intellectuals from the pages of Verde Olivo***, was not a single person. This can be glimpsed in the disparity in the style of his articles, but the healthy selective memory, enjoyed by restored, prefers to see only Luis Pavón Tamayo as executioner.

Alcides remembers him as a man who spoke softly, pleasant and polite without being pedantic. A expendable poet, although with sensitivity. A memory fleeting and friendly. Ultimately, he came to know him when he was no longer king nor executioner.

*Parametrados / parametracion: From the word “parameters.” Parametracion (parameterization) is a process of establishing parameters and declaring anyone who falls outside them (the parametrados) to be what is commonly translated as “misfits” or “marginalized.” This is a process much harsher than implied by these terms in English. The process is akin to the McCarthy witch hunts and black lists and is used, for example, to purge the ranks of teachers, or even to imprison people.

**”Leopoldo Avila” was the pseudonym used by Pavón (and others) in the pages of the magazine Verde Olivo.

*** Verde Olivo (Olive Green): The illustrated weekly magazine of the Cuban Armed Forces, founded in 1959; Pavón served as the magazine’s editor for a time.