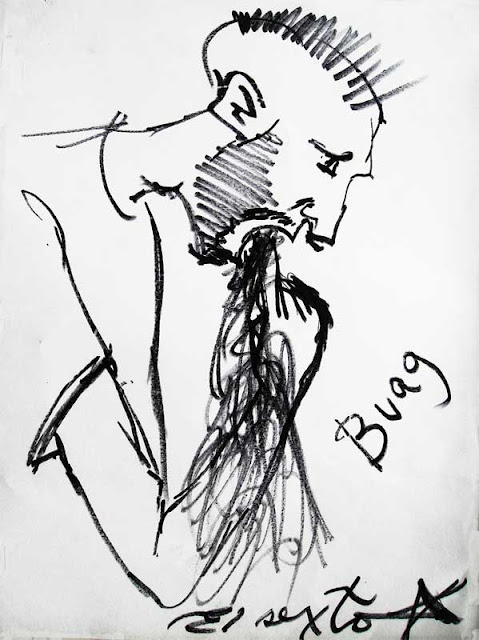 Whenever I’m bored I try so hard to get out of that state that I  think of a new hobby. It seems that boredom makes us aware of the routine, like becoming fully aware of something that is repeated over and over again. So our perception, desperately thirsty for something interesting, goes hunting. I for one think that I sometimes find something to quench the thirst of my attention, but many others, I’m not very aware of it.

I say this because the other day I happened to read a poem by Borges, The Golem. Borges says that the rose being a flower with thorns, leaves, green and red colors, etc. and is reduced to “rose” … and the whole length of the Nile is in the word “Nile.”

I wondered if I could, like a computer program, compiling a lump of things and reduce them to a few non-repeating expressions. To what point could I reduce almost everything to just a symbol or sound?

So it occurred to me to reduce all the speeches of Fidel, of Raul, their crimes, the collapses in the city, the country, the dead, the unpunished abuse of the Ladies in White, all the injustices, the lack of expression, the relentless aging of the rulers, their politics, the real and practical sense of communism, all the hunger and the 53 years of senseless repetition until they become rather boring, all those things in the word, and are just as comical and grotesque onomatopoeia like the sounds of vomiting. Buag: I think that sound could describe it.