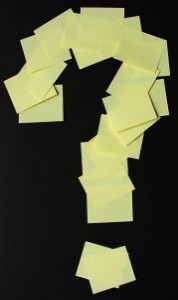 A crowd was waiting outside the mansion in Vedado with a statue of Abraham Lincoln in the garden. The language school opened its doors to new registrations and in the days that followed tested the attitudes of those interested. Everyone waited nervously, thinking that they would be evaluated on a pronunciation here… a mastery of vocabulary there. To our surprise, the main questions weren’t about language, but rather alluded to politics. By mid-morning a young woman who had been rejected warned us, “They’re asking the name of the first secretary of the Cuban Communist Party (PCC) in Havana.” We stood there mouths agape, who would know that?

A few decades ago the leaders of the so-called “political and mass organizations” were figures known throughout the country. Whether through their excessive presence in the official media, long tenure in their jobs, or simply because of personality, their faces were easily identifiable, even to kids in elementary school. We relentlessly heard talk of the secretary of the Young Communist Union, saw on every newscast who was leading the PCC in a province, or overdosed on declarations from some president of the Federation of University Students. There they were, clearly recognizable. Some even came to have nicknames, along with numerous jokes about their quirks and inefficiencies.

This morning on national television they mentioned Carlos Rafael Miranda, national coordinator for the Committees for the Defense of the Revolution (CDR). And it started me thinking about how blurred these positions have come to be, posts that before seemed to have so much power to decide the fate of so many. People now unknown leading institutions that every day fall deeper into indifference, are more forgotten. Leaders whose led can no longer remember their exact names and surnames. Figures who came too late to stand in the flashes of the camera, to be included in the analyses of the Cubanologists, or — at least — to be the targets of some joke. Mere shadows of a system where charisma is increasingly scarce.