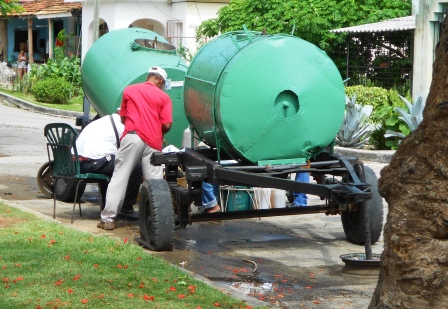 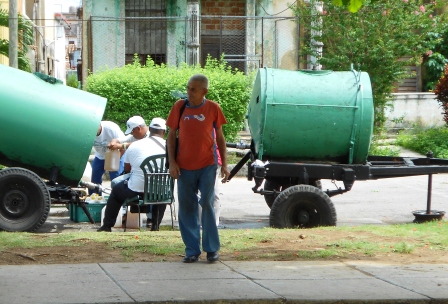 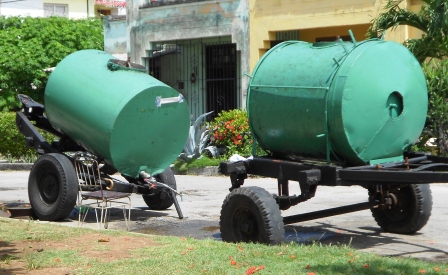 Havana – In recent days, the health authorities on the Island reported the presence of a cholera outbreak in the town of Manzanillo in the western province of Granma. Starting from that same day, July 2nd, the rumors have created fear and distrust about something that seems like it will become, yet again, another one of the many state secrets.

Since the appearance of this illness in Cuba, only the health body has drafted two very succinct notes that appeared in the official Granma daily newspaper and on TV. They mention that the outbreak is under strict control, but it is apparently not so, since they have detected new cases in other provinces in recent days.

What most catches my attention is the way in which the government tries to sidestep reality by making a call to intensify hygienic measures and water chlorination or treatment. As is expected, the response is immediate for each Cuban who hopes to not contract this sickness.

It would be reasonable to ask all the competent authorities on the Island if the call to sanitizing extends just to the private sector while the State continues without due control. To judge by the images, they continue selling refreshments in the streets from poorly cleaned movable tanks, offering consumers a very low-quality product.

The images show some of these tanks that remain at the park in La Ceiba, a suburb of Playa: the people crowd around and collect the liquid in bottles, these many times taken from the streets. The tap on these tanks is very close to the ground and so it is rare that a bottle is not placed on the ground prior to filling.

Who can guarantee that this refreshment, in most cases baptized with water from Lord knows where, is not also one of the means of infection? If we are really called to maximize the sanitary means on the Island, we will do it no matter whose business it is. Let us keep in mind that what is first is the preservation of the human species.

We speak sincerely and we do not leave the responsibility for our health only in our hands or those of our families; we call for every institution, organization, or ministry to take on the responsibility of hygiene in each local area. There is no potable water, chlorine, or detergent in many of them. Are they not also responsible then? If the situation returned to the same way described before, it would be worthwhile to ask the Health Ministry in Cuba and the competent authorities, “What hygiene are we talking about?”