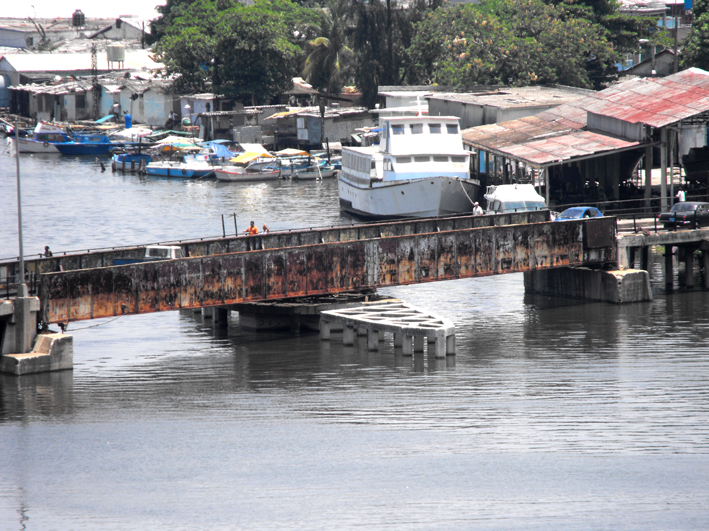 Some days ago they announced the closure to all traffic of the route over the “iron bridge”, the swing bridge in the city of Havana, which links the Municipal Square with the beach. Because yesterday they started, or at least that´s what they said, some capital maintenance works; the first ones in 55 years. The intention is to put back in order both the physical operation of the bridge, and also its appearance.

Now, all we can do is wait, and see if they will really will do what they promise, or if it´s just another superficial paint-job.