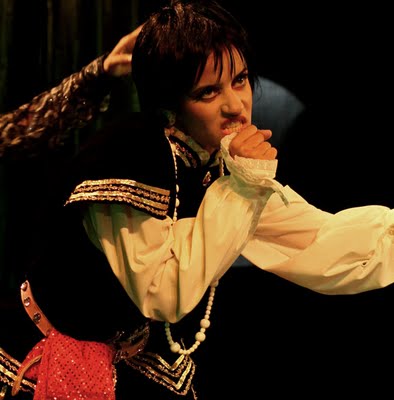 “You’re not going to enter Cuba ever again,” said the Cuban consul, sarcastically, to my friend. My ex-doctor friend who “stayed” in a democratic almost First World Latin American country. They should, as an exception, banish her also from Cuba. From cruelty, shamelessness, criminality, tyranny, this that and the other, to terrorize our citizen leaving her to weather the rest of the world.

I have the name of that consul. And I will never forget it, my friend. At the first opportunity I will lodge a complaint with the appropriate international legal body. Not from cruelty nor from shamelessness nor from criminality nor from tyranny, nor from this that or the other thing, nor to terrorize our citizen left to weather the rest of the world. Simply for violating our own constitution (and dozens of international conventions on human rights).

My ex-doctor friend calls me on her mobile from her recent exile, crying, and tells me it can’t be true, that she had heard of such cases but there had always been some political justification that she understood, though she didn’t entirely share it. This, Landy, this can’t be happening to me now, I’ve never been involved in anything. Could I give her ideas for what she can do to be able to return even just to visit her home, where her whole family is desperate. To console her a little bit while the card gets used up like when she called me in Havana from the countryside, in that extremely poor and happy era when we loved each other body and soul with more intensity than the love of country (that disciplinarian whore), until the day my so real doctor love suddenly left me, to quickly leave, crying like now into her cell phone, with paperwork to “visit” to finally “leave,” and to turn herself, without realizing it, into my virtual ex-doctor-friend. Tell me something nice, she asks. Don’t say anything, she asks, just listen for a minute and let yourself feel my breathing. And please, Landy, you know, now that you’re stuck in the craziness of the blogs, don’t write a single word, not even a syllable, because to say it out loud could be much worse: worse that the answer of this rabid dog anti-Cuban consult? I think. But ultimately I obey and don’t say anything to my love (for me always, you also know, it will still be a secret, my love).

What to do? Against what wall do we bang our so guilty heads humiliated by a despotic power that erases the history of its best children (me and you for example)? Why does the vast and corrupt Ministry of Exterior Relations make the Cuban people suffer so, with its legs open to the political police and at the will of ten or twenty men, no more? We are alive, remember? We are going to survive, remember? Where do you want to take us with this string of hatred between brothers? Is it a civil war?

My love, my beloved of Facebook profile in the Gmail night, little girl who is already a woman of power against whose face they close the door of a bankrupt embassy (even in a democratic almost First World Latin American country), my little bad rocker herb of remote deserts and savannas of exquisite pronunciation in thus country, my anonymous flower of exile imposed on you by the benevolence of the Revolution (because they told you that you are not exiled, like the Chileans or the Salvadorans in their time of communism in the making, no: because the told you, the bourgeois Hondurans and Guatemalans owners well paid by the CIA they shot in the neck and yet, for you, the impoverished Cuban proletarian state forgave you).

My love, I promise never to write anything on my blog about you. Or better, I promise that if I write, as was my custom when we could smell our skin at dawn, then we can only notice you and I (and the consul scoundrel, of course, which from now on will be all the scoundrel consuls in Cuba, because they can’t buy the truth like that little crap with which they cram their luxury apartments on our island-homeland they’ve left shipwrecked and orphaned).

My love, I touched you. I told you before your closed your eyes in such desperation and took off at a blind run. You won’t return. If you go it’s because you don’t think too much in the past (I’ll take care of that for you). Be another. Be free. Cuba is strictly a curse. Be pretty. Be young. Be communist, as they never even let you truly be here. Love in others all that love of the interprovincial trains that derailed us. Warm the open sky. But far from free socialism (of all the free socialisms). Do not grow, do not grow old. And wait for me in capitalism (in whatever capitalism of the heart). Wait for me forever, my love, because you know that the more Landy I try, I will never arrive.

We ran out of rope. We failed to escape the horror. We took as sarcasm what from a MINREX official was just plain honesty. The Cuban consul was right. We made a life mistake, you and I.