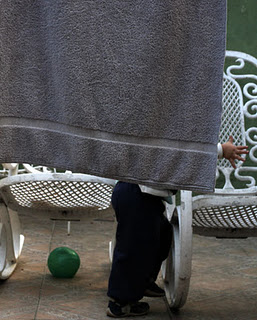 Victoria died, out of her mind, a venerable old lady who greeted everyone from the sidewalk during her little morning strolls under custody, with her senile naiveté that left no choice but sorrow and forgiveness. Victoria, in her time, the emblematic president of the Committee for the Defense of the Revolution in the only block where I lived. Victoria, the witness of inventories and police raids and patriotic celebrations and Study Circles and the keeper of the Guard Book. Also of the family, broken when one of her daughters went into exile.

This is not a settling of accounts, not even a venting. I liked her. Perhaps I never suffered her social role in the ‘70s and ‘80s. Perhaps I liked her cordial voice, every day more cordial according to what was left in her mind, physically shrinking like a character from Macondo. Perhaps I respected her gift with people (though her family was more than solvent), her neighborhood clothes, the stoicism with which she traded in her family businesses before 1959 and who knows during how many hard and militant years of the Cuban Revolution in Lawton. Perhaps it’s simply that I am human, too human, and my soul cannot extend to judge another soul. Perhaps it’s that, sooner than it seems, I will also walk the sidewalks of Fonts and Beales Streets, waving my hands with a childish octogenarian smile before a country gone by, an unrecognizable country where all the ideas died with its inhabitants, leaving only the orphaned inertia of millions of unknown bodies in, say, the imminent year of 2059.

Her house was of brick (and still is), mine of wood. The appliances there came a decade before mine, including a simple TV. Her daughters traveled “for work,” my parents never. When cyclones passed through the neighborhood, she had to consider the evacuation of mine and hers, which as a boy terrorized me and at the same time excited me because of her granddaughters, my contemporaries, (ultimately inaccessible, now mothers in their turn, I single in perpetuity). A bombastic piano rang out in Victoria’s ample rooms, I could only manage a guitar, though of excellent quality (my parents’ ultimate sacrifice for me). They had cars of different makes, I, barely a garage we sometimes rented to another neighbor. I was, like a counterweight, much more alert and brilliant than they, first in the sciences and then in this disaster written here.

She was my neighbor, Victoria. As much a neighbor as you, who read me here, perhaps better, more intimate and unknown. Until the end she pronounced my name distinctively: sometimes Orlandito, sometimes Pardito. I was always a boy to Victoria: what am I going to do now among this thrashing of adult despots of the new year, 2012? She never neglected to ask me punctually about my mamá María. And also about my papá Dionisio Manuel, dead since that horrendous Sunday, 13 August 2000. In her amiable insanity, she was the last person on earth who remembered that I once had a father (in fact, for Victoria, I never lost him, what happiness to have been in her mind).

I didn’t even go to the funeral home in Luyanó. She died between the condolences for a genocidal Korean (venerated) and a democratic Czech (reviled). There, obviously, would have been my death. A guy lost among the superdead, with a hedonistic secret life, a virtuous more than virtual freedom but bare-handedly strangled, with all the nostalgia of nothing and no one in my glance at the edge of the world. Nor will I have anything to say to her descendants. Her granddaughters my age are now centuries older than me. We speak diametrically opposed languages. They didn’t know that I knew their grandmother died. So this is now strictly a secret between Victoria and I. I’m afraid of suddenly getting old and decomposing without her, like some strange character in Poe or Lord Valdemar. I type in a panic every night, more and more isolated from my witnesses. I only resist this abyss of madness in the early morning hours with a few more words. Greeting all Cubans in the world with every kick I give them. Sardonically smiling. The opposite of Victoria in a sense, but at the same time she and I know we are exactly the same.