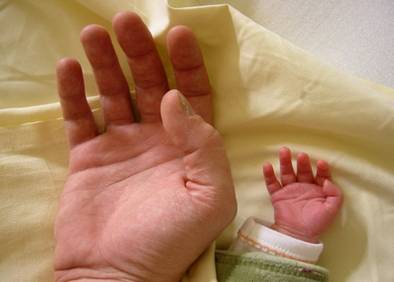 Venuto al Mondo (Twice Born), a film by Sergio Castellitto, with magnificent performances of Penelope Cruz and Emile Hirsch, based on the novel by Margaret Mazzantini where fratricidal war broke out in Sarajevo, serves as a backdrop for a personal drama, whose central theme is frustrated motherhood.

A young Italian woman visiting some friends in the former Yugoslavia met an American photographer, and a strong passion arose between the two. They meet again in Italy, when he goes in search of her prompted by her father, uniting both formally as a couple. The desire to have a child becomes an obsession, until after several attempts, doctors detect infertility in the woman. Then they decide to adopt a child.

Again frustration overtakes the couple, faced with the refusal of the Italian authorities to allow them to adopt, due to the criminal records of young photographer, so they decide to return to Sarajevo, to use artificial insemination, which is also interrupted by an armed attack on the hospital as they were about to do it, and they decide to stay in the country despite the war, in search of a surrogate.

The interesting thing about the film, along with its dialogue and actions, is that it demonstrates how the ideological manipulation of a “charismatic leader” sick with power, is able to bring the worst of human beings to the surface and to bring about a war between families and neighbors, for just ideological, ethnic or religious differences.

All this made me think of those early years of the Revolution, when they were creating the Committees for the Defense of the Revolution in the neighborhoods, their main objectives being surveillance, harassment and confrontation between neighbors and families, and then later, when these neighborhoods were changing their appearance, because their original neighbors went into exile and were replaced by other newcomers, who had nothing to do with the new environment, there were repercussions in some very unfortunate cases, where envy and lust surfaced.

Then, in the eighties, when the Mariel crisis rekindled those feelings and strengthened them, driven by the recklessness of those who incited them. This had dire consequences where abuse, beatings, and humiliations of all kinds were perpetrated by a manipulated masses, whom they had the audacity to call “an enraged people.” This did not develop into a major misfortune because fortunately our western idiosyncrasy has nothing to do with countries that served as the location for the film in question. But it was and is a stain to be set forever in our recent history.