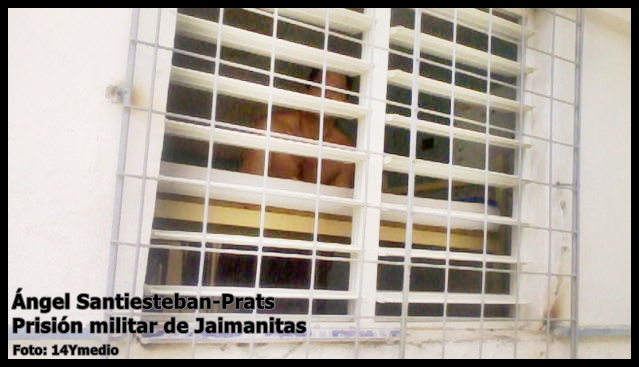 Update – Posted by the editors of Angel’s Blog

This morning, June 10th, 24 hours have passed without any news of Ángel  Santiesteban, who was moved for the second time in four days to Villa Marista and—although we cannot confirm it—we are informed that he was taken there by the political police.

We will not cease from denouncing this new outrage, and we demand that they respect all of his rights and that they guarantee his life and his safety, which are THE EXCLUSIVE RESPONSIBILITY OF RAUL CASTRO.

For the second time in four days, Ángel Santiesteban-Prats has been moved in the morning to the sinister facilities known as Villa Marista, the central State Security prison in Cuba. His family members still have no information on the reasons for this, and why he has not been returned to Guardafronteras Prison in Jaimanita where, as has been demonstrated, he is serving a five-year sentence following a rigged trial by the political police.

On Saturday June 6th he was again taken to Villa Marista, and also for unknown reasons.

We fear that it is in retaliation for the recent publication of a post where Angel denounced, along with other sensitive issues, the slavery imposed on some prisoners in the Castro penitentiaries.

We remember that Angel should have been paroled on April 28, but they again violated his rights, stripping him of days he had been credited with for a year in order to keep him locked up.

We also recall that the dictatorship still does not know how to handle the appeal he filed of the July 4, 2013 trial.

Once again we hold Raul Castro responsible for the life and safety of Ángel Santiesteban.