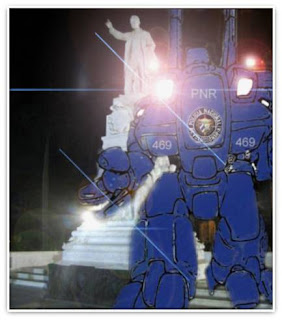 Following the universal law of Cuban telephone lines, after the downpour on Wednesday my phone died. “No line,” was the post-mortem note, in English, on the little handset screen. On Thursdays we reported the outage several times because, as the experts say, the more reports that are made about the same break, the faster ETECSA will come.

On Friday I canceled all my plans and prepared to wait for the technician. Hours passed: I read, I wrote, I scrubbed and cleaned, I didn’t talk to anyone all day and had time to speculate. I came to the conclusion that there was a high percentage of probability that the technician who services me also has a small job with the Department of State Security (DSE). At six in the evening my theory became an absolute certainty. I went out and called the users-service-line to ask them to tell me, if not the hour, at least the day my repair is scheduled for: “I’m sorry, we do not have that information, it could be any day between eight in the morning and four in the afternoon.”

Anticipating that the wait could be extended to September, I tried to cover the month of August in morning and afternoon watches with my friends. If I had to leave home for some emergency, I had to call my mother so she could rush over and not leave the house empty. Life is like that, you just have to wait longer than expected and stop looking for the guy to turn up.

My and Ciro’s time was the most affected, of course. I told him about my theory of the technician moonlighting for the DSE, and he looked at me with that face he makes when he thinks I’m being paranoid. There are those in Cuba who think everyone is from State Security, even if it’s proven otherwise.

I was wrong. Saturday at eight-thirty in the morning the man in question showed up. He didn’t give us time to make bets about his Security origins. He looked terrified, poor thing. He came in and before saying “Good morning,” he asked, “Do you have a modem connected?”

The little box for my phone line is in the bedroom, behind the bed. He was tinkering with it under my scrutinizing gaze. It looked like he didn’t put a microphone in it, but one never knows.  Either way, the things I talk about in bed are inconsequential. He said the problem wasn’t in the box and that he would have to make a sketch of all the wiring in the house. I put on my I-don’t-think-so face when Ciro’s voice came from the living room, “It’s already fixed.”

We left the bedroom. I started to feel guilty toward the guy. At the end of the day, he had fixed my problem and my cogitations, I thought, seemed as fantastical as the reflections of comrade Fidel.

“Would you like a coffee?” I asked, with the idea of lowering his guard.

I couldn’t get to the kitchen because he decided to make a call.

I stood a few inches away with the obvious intention of overhearing what he was saying. I didn’t understand a thing. I think he used slang and hung up quickly. I must have been staring, I was really surprised. How is it possible that one can’t understand someone speaking Spanish less than a yard away in a quiet atmosphere? With the satisfaction of having been proved right, and the discomfort of having a security agent in the room, I went to put the coffee on. He started a conversation.

“Did you see the Roundtable show yesterday?” he asked Ciro.

“A man talked about the global economic collapse.”

But Ciro was not intimidated, “Well, according to Karl Marx, in the future there will be no money, no leaders.”

The guy was a little disconcerted. I put his coffee in front of him and didn’t say a single word.

“There will always be leaders.”

“ Really? What do you call the president of Sweden, or Denmark or Finland?”

That was the last thing I caught. I didn’t want to be a part of it, although it was cracking me up. Suddenly everything had become extremely hilarious. He drank the coffee quickly and left. We made bets later, which are ongoing: State security or not State security?