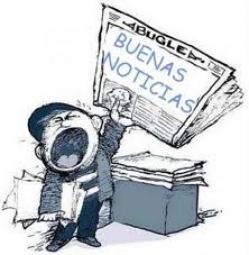 For some time two journalists – one, a Cuban based in Miami, and the other, a French Canadian based in Havana, each appearing in one of the national publications with a daily circulation – dedicate themselves to reviling Miami and the Cubans who live there. They refer to the city as an enclave of anti-Cuban mafia terrorism and its inhabitants as mafiosi and terrorists. The arguments put forth in their articles, which more closely resemble broadsides, are puerile and primitive, mixing a few accepted facts with fantasy, fiction, gossip and mental lucubration, all in the unfiltered prose of yellow journalism.

Let’s consider the Miami-based journalist, who never fails to delight us with one of his profound and illuminating articles. These days he unleashes attacks on the market economy, freedom of the press and multi-party government. His justifications seem to have been borrowed from one of those manuals on economics and politicsby the Sovietsthat proliferated so widely in the era when they were our older brothers. Perhaps it was an article intended for the recent Aquelarre Humor Festival but was mistakenly delivered to the wrong address.

I should point out that this Miami based journalist has decided not to be report from Havana but makes the sacrifice of residing in enemy territory where, because of the daily violence, he must arm himself, travel with a bodyguard and seek out psychiatric care in order to be able to deal with the stress of feeling he could be attacked an any given moment. Faced with this horrible situation,I imagine that, in addition to the fee he receives for the articles he writes, he must also receive some sort of hazardous duty pay. Having to risk one’s life every day is no easy thing.

Since he has decided not to reside here and continues to make the sacrifice of living over there, it would be desirable if, at least at some point, he took a lookin situ at how difficult life is for people who live without a market economy, freedom of the press or multi-party government. I believe that it is only in Cuba and North Korea where none of these three things exist, and only China and Vietnam that do not have the last two. In the world’s other countries all three exist to a greater or lesser degree. To try to lecture Cubans over here while enjoying the benefits ofa market economy, freedom of the press or multi-party government over there is, as we say,not very ethical.