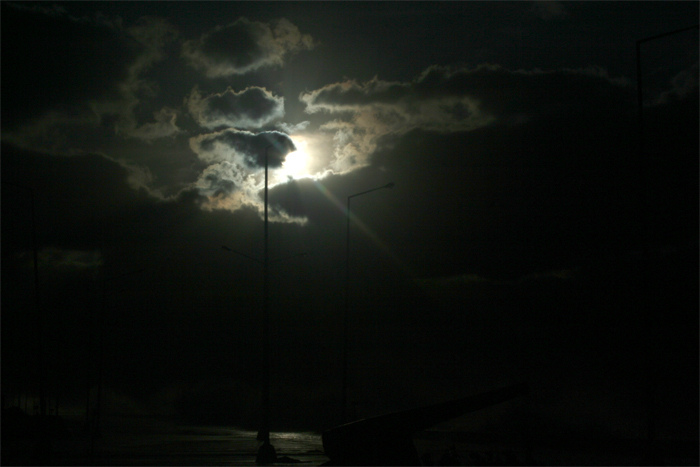 Appearing on television is always an event in the life of an ordinary person. I thought I would be fearful, nervous, anxious. But when I saw my blog header and my photo on “Cuba’s Reasons” I was proud. I think there are many political texts in my blog Octavo Cerco which don’t hesitate to use words like totalitarianism, autocracy and impunity, and there are others where I don’t hesitate to mock Fidel Castro, Raul Castro or others I find disagreeable in the shameless Cuban government. But for some incomprehensible reason they twice showed the interview I did, about his novel Havana Underguater, with Erick J. Moto a Cuban science fiction writer who has repeatedly won national awards. Who can understand State Security?

In Yoani’s case, a detailed mention of each of her awards only served to demonstrate that she doesn’t need financing because her talent is internationally recognized by prestigious institutions. The sum of half a million at the end stunned me because, although I’m not good at arithmetic, it seemed they added a few extra zeros at the end. But if Yoani Sanchez becomes a millionaire with her prizes and continues to use her income to support the development of free access to information, breaking the state monopoly on it, and opening avenues for civil society in Cuba, then they can put three more zeros to the number shown on television.

On the other hand, State Security’s technique of putting attractive names on their blogs and sites so that search engines will find them, while very useful on the Internet, but on Cuban television seen by thousands of citizens have never entered the network of webpages — and contrary to the words of Elaine Diaz, they need to and badly — one wonders if “Changes in Cuba,” “The Unknown Island,” and “The Digital Debate” are these not titles sufficiently controversial to be seen as counterrevolutionary.