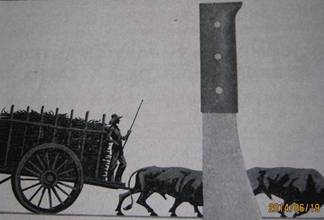 In recent days economic issues have been extensively covered by the official press because of statements made by important government officials. We now know that “sugar production increased, though it did not meet the targeted goal.” Reading further, we find out that the recently completed harvest showed an increase in 4.2% over the previous year. There is no mention of how much was produced in the previous year (the problem of secrecy), though according to non-official calculations it seems it did not exceed 1.40 million tons, which is below the 1.43 million tons produced in 1907 when sugar cane was cut and collected by hand and transported in ox-drawn carts.

If we add 4.2% to the previously mentioned figure, the result would be about 1.45 million tons, well below that of 1910 and all subsequent years of the Republic. This does not take into account the fact that the growing season was extended by almost seven months. Nor do we know what the targeted goal was (more secrecy), only that it was 88% fulfilled.

The causes of this disaster, as with every harvest, are the same: a decrease in industrial output due to rainfall and high temperatures (presumably there was neither rain nor high temperatures in the past), low utilization of the potential capacity and difficulties in cutting and collecting. In short AZCUBA — the great and improved socialist conglomerate that replaced the Sugar Ministry — has overseen four harvests “without kicking the ball.”

This grim situation, which threatens to get worse, takes place against the backdrop of statements by the head of the Commission for the Implementation of Legal Guidelines, who has indicated the need to eliminate the dual-currency system (an idea dreamed up by the former president), to replace the source of electrical power generation (now provided by fossil fuels) and to restructure GDP (which has tanked), “none of which can be dealt with on a short-term basis, but which must be handled strategically.” In conclusion he adds, “We cannot imagine the country without socialism.”

So many problems, and this unimaginative statement on top of it! As my neighbor “El Chaca” would say, “Turn off the lights and let’s go!”*

*Translator’s note: Apaga y vámonos; an expression in Spanish that means something has come to its end and there is nothing more that can be done. Also the title of a popular song and a 2005 film.