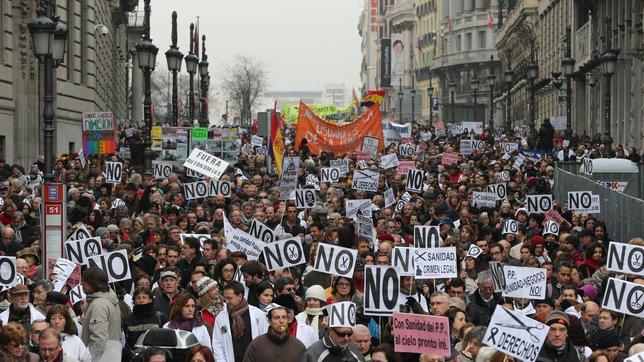 If tango is an expression of deep sorrow, the TV newscasts in Spain are not the sublimation of a lost dream, but the chronology of disasters, political corruption, social tensions and chronicles that suggest a mood that portends anarchy. The Hispanic television broadcasters dance with words, images and testimonies of the protagonists of evictions but more than reports and reviews of the daily tragedies and problems of national and European life, they pulse with an ideological counterpoint that draws the color of the news and highlights the political and institutional crisis that is exhausting the country.

In Spain, the partisan positioning and mutual accusations between adherents of the Popular Party and the socialists is remarkable in the Parliament sessions where they air the debts contracted to the European Union, which postpone the solution of the economic crisis that began in 2006 and justify government decisions about budget cuts in sensitive sectors such as health, education, employment.

Both the newspapers and the TV news in Spain offer a sense of tsunamis on the horizon, increasing with reports of possible economic and political earthquakes that will shake neighboring Portugal, Italy, Greece and Cyprus, all engaged in diplomatic tussles with the German government and with “the euro trap” that leaves no options to countries in crisis.

But the TV news not only predicts tsunamis in the peninsula and in the countries of the Mediterranean basin. Venezuela is experiencing a bizarre electoral telenovela starring Nicolas Maduro, successor to Hugo Chavez, and Henriquez Capriles, leader of the opposition, while the Communist ruler of North Korea threatens to launch dozens of nuclear missiles against South Korea and the United States, rather than deal with the problems of his starving country.

Since reality is not always interesting, the TV news I to see barely talks about the potential tsunamis in the bellicose Middle East, the African nations submerged in misery and a Caribbean island that seems like a rhapsody of unconnected voices. I refer to Cuba, from where they ask me what is said in Europe about that part of America, whose militaristic litany seems like the overflowing imagination of reporters.

In Spain and Europe they barely speak of Cuba, immersed in their own dissolving dynamics. Perhaps the “old world” is overcome with exhaustion at some many utopian proclamations. Whoever wants to know, I suggest they delve into the pages of Cubanet and the digital weekly Primavera, or  read the bloggers lined up on the platform Voces Cubanas. I notice that, despite being surrounded by water, there is no tsunami in sight. 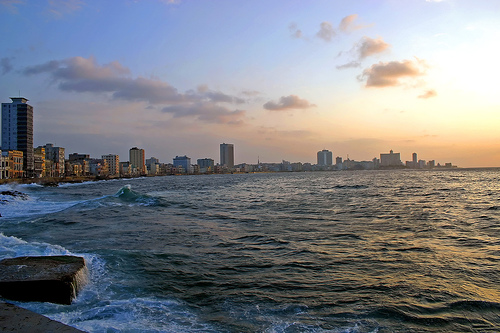