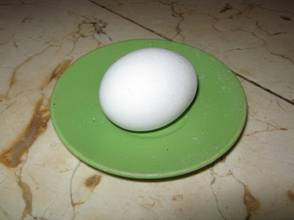 These days, perhaps influenced by what is happening in Venezuela (which seems to be contagious), gullibility is having a deep impact on our government’s journalists as evidenced by various articles, whatever the subject matter. It is a fundamental aspect of political reporting — both foreign and domestic — as well as of articles on culture, science, sports, business and history. Let’s take a look at a few examples.

Reports on the upcoming elections in Venezuela have been about only what the ruling party candidate says or does, completely ignoring his opponent unless it is to attack or criticize him. When it comes to telling only one side of a story, these “correspondents” get the gold medal.

On the domestic front everything is great. When important leaders make appearances and ask students what they know about current world events, the answers center on the “sacred” Cuban elections, the tense situation on the Korean peninsula and unfailingly the “blockade” of Cuba. Are students not interested in the country’s problems?

They never fail to mention “the latest injustice in the case of the Five,” which involves the actor Danny Glover not being allowed to visit one of them for the tenth time because he arrived unexpectedly. The International Committee for the Freedom of the Cuban Five, created to address this issue, states that “any person included on a prisoner’s list has a right to visit him.” Do Cuban prisons work this way? “The Humanism of the Revolution is Fully Alive in the Cuban Penal System,” reads one headline.

“Without flowers the world would be a sad place,” says a farmer who harvests them. He explains to a journalist their importance in funeral services, adding, “Imagine someone dying and there being no flowers for the final goodbye.” Do flowers not serve other less sad purposes? Another headline reads, ”The Santiago Crematorium Now in Operation;” the article states, “A service there will cost 340 pesos.”* Have journalists forgotten that the minimum monthly salary is no more than 240 pesos?

I think this is more than enough to demonstrate my point. Is this to be “our American” epidemic?**

**The term “our American” have been used to refer to multi-national initiatives proposed by Hugo Chavez and his Bolivarian revolution movement.