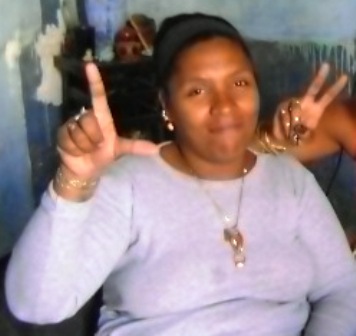 The Old Havana Municipal Court suspended the trial of anti-eviction activist  Madelín Caraballo Betancourt, scheduled for the morning of July 10 in Havana, according to statements by the independent journalist Dania Virgen García, who was outside the court along with a twenty human rights activists who were there to show solidarity with Caraballo Betancourt.

All the witnesses came forward to testify in favor of Madelín, accused of public disorder offenses, contempt, incitement to crime and resistance under the Criminal Code, and subject to a sentence three years’ deprivation of freedom.

Defense attorney Amelia Rodriguez Cala, requested the release of Madelín Caraballo arguing that the prosecutor’s request does not correspond to the crimes charged, and that the document issued by the prosecutor presents the assessment that Caraballo “meets with people with antisocial behavior with whom she has no occupational relationship” and that “she has appeared, on countless occasions, to be against the revolutionary process.”

The afternoon before the suspension of the trial several activists were arrested and threatened so they wouldn’t support Caraballo Betancourt, among them Hugo Damián Prieto Blanco. The telephones of some of them had their service cut off, including Madelin’s mother, an old woman of 81 years old.