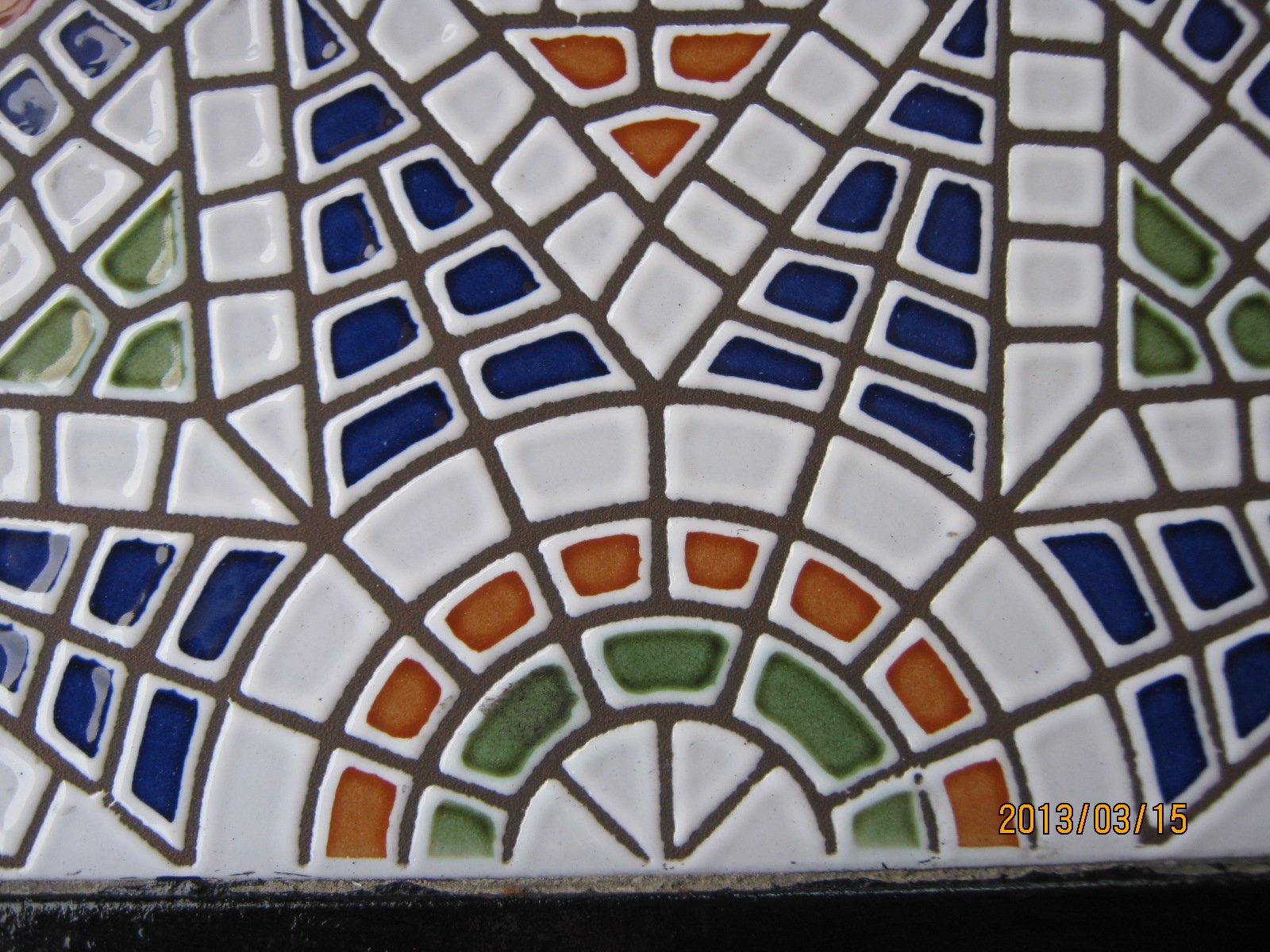 It was a peaceful, bright morning, the sea, as usual, shone splendidly with its habitual shades of blues and greens, the treetops swayed to and fro in the soft breeze.

The happy natives were all engaged in their daily work.  Suddenly, all the birds, in unison, took flight to the high sky, squawking.  Cats fled terrified in search of safe refuge while the howls of mongrel dogs and pure breeds were rising.

All the inhabitants of the beautiful city, astonished, raised their gazes to the sky. That enormous artifact landed to the wonder of all. It threw out fire and light from all of its circular openings that surrounded its enormous circumference “green like our palms,” which made it blend with the landscape.

Soon its rounded doors began to open and some green bearded beings began to come out, sporting necklaces of strange seeds.  Smiling, they raised their long extremities in greeting while they descended from the enormous apparatus which we much later supposed was a “time machine.”

At first everything seemed to go well.  Everyone was excited by the marvelous apparition.  They seemed inoffensive beings and even friendly, but this did not last long:  one of them, the greatest in stature, immediately turned the counterweight to manipulate one of the levers, and everything began to change.

At first these changes were almost imperceptible.  Besides, local men, women and children, as well as the visitors, were communicating well with the giant and all seemed normal.  Nevertheless, many of the natives, suspicious, preferred to stay some distance away observing what was happening.

That big green man did not stop turning the lever, and as he gave more turns, some objects began to disappear: fabrics, trucks, cars and even grand houses and buildings.  Afterwards, many animals, preferably of the greatest size, later money and finally people.  Everything was growing dark.  Now the hatches of the enormous artifact did not radiate light, also the fire was going out.  Night was taking over the countryside.

But that big man did not let go of the control.  Each time that some little green man or any other color approached to be heard, he raised his other hand and with a simple gesture made him disappear.  Little by little fear was taking over everyone and paralyzing them.  Many, who managed to react risking their lives, left for other worlds, availing themselves of any small boat or device that was still functioning.

The green fields began to cover themselves in thorny roots, which obliterated with their advance any other crop.  Even the air was petering out, and there had to be a rapid census in order to be able to equitably distribute what remained.  Cards were also printed where it was noted each month what each person consumed.  The green ones, who at the beginning had been apportioned the best houses, moved to live on the outskirts, where there were still trees, and they kept themselves out of view of the recently captive populace.

Thus, slowly, the locals, due to all these shortages, were mutating: new beings were born without thought, with a line for a mouth, a small stomach, long arms to stretch to reach the few fruits that remained in the tall and thorny tops of the new vegetation, big feet to be able to stay standing in the same place for hours and strong legs to cover great distances walking.

Sunk in the isolated dark, they were erasing from their minds the images of the happy time in which their ancestors lived, before the arrival of the enormous green machinery.  As everything was being exhausted and destroyed, the consequences of this began to affect, although in a small measure, many of the green men not so close to the giant.  Thus, there was no other solution but to open a little some other hatch, to allow in some fresh air from the outside.  Due to this, finally they had to authorize the entry of foreign carriers of a little breeze.  In spite of the prohibitions and the harsh punishment inflicted, many of the mutants approached the recent arrivals, trying to create close connections to be able to leave with them.

Of course those that took most advantage of this new situation were the youngest. As a consequence, more old ones wandered alone through the occupied territory. Now a newborn was rarely seen.  The women, by force of precarious food and intensified work, agreed not to get pregnant.

So, little by little, that beautiful asteroid where they lived was becoming greyer and dustier. The plagues from the sewer waters flooded all the city with their fetid aroma. The farm animals did not manage to satisfy the food needs, because these in their turn did not have anything to eat and were dying. Now there was only left some green grass which all the inhabitants, terrified, covered with old canvasses so that it would not be detected, for fear that they would also be rationalized.  More mutants were escaping to other latitudes.  No one noticed the dangers of the crossing. They preferred to die in the effort than to continue living without hope.

One day as in the trencadis all the fragmented pieces of that ancient civilization dispersed through the universe will come together to again form a strong and beautiful social mosaic.