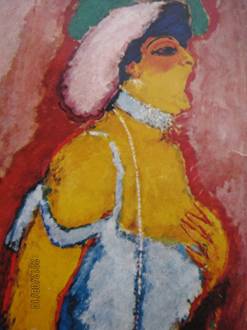 Once again the dark cloud of intolerance hangs over our culture.

This time the victim is Opera of the Street, a magnificent and innovative musical company led by Ulises Aquino, who, along with his troupe of over sixty members, has spared no effort to raise the cultural level of the nation.

I first heard of them through a television documentary. From that very moment I was captivated by their originality and the very high quality of their productions.

They were given a spacein the city of Playafor rehearsals and performances – the old Arenal cinema -that was virtually in ruins. Through the efforts and resources of the members themselves, and motivated by the enthusiasm and charisma of their director, they set about the task of offering performances free to passers-by while they carried out restoration work on the building. Pedestrians, buses and automobiles that passed through the avenue stopped to watch their innovative production. They were all in work clothes, but sang, danced and executed inventive choreographic moves that were meant to represent work. It was something that had never been seen before.

Little by little they garnered an ever greater public following, as well as attention from the national and international press. They were later given another space in the same city, this one also virtually in ruins, near the corner of Fourth and Seventh streets. This time, however, they opened a modest restaurant cafe they named El Cabildo, whose proceeds help fund their operations. Soon they began receiving invitations from European countries, which had become aware of the company and were captivated by its quality and originality. With each production they gained more success and public approval.

Eventually, the company was dealing with the expenses associated with a costly wardrobe, lights, scenery and the salaries of its members. All this came to the attention of the bureaucratic mediocrities, who became aroused and acted as though they were dealing with an an enemy, causing even greater harm to Cuban culture than to the company members themselves or to their director. The theater was raided while a performance was in progress, with total disregard for the performers and the public, who happened to be enjoying a wonderful performance.

It is completely unacceptable that such things continue to occur, as they did during the darkest days for our nation’s cultural history. It is everyone’s duty to demand that the Council for Performing Arts address this shameful situation.

In the face of a public outcry an explanation must be given for such actions, whose details, as usual, are known only through rumor. Mr. Aquino, as well as all members of Opera of the Street, are entitled to have all the facts made public and fully brought to light with all the transparency that this unfortunate situation requires.

To reward authority and cede power to mediocrity, allowing it to act with impunity, and to suffer blows such as this, would be a repetition of sad events we have experienced before. To do so would serve only to mortally wound the nation’s culture and identity.