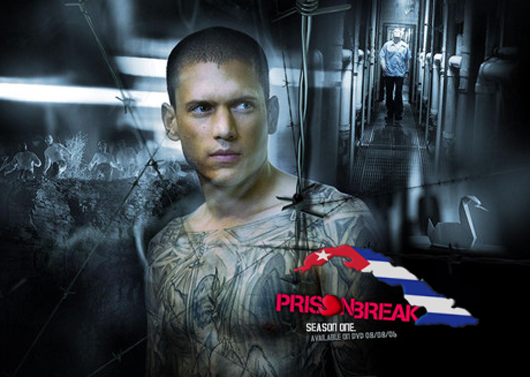 The landing gear descended and, as vertiginous as it is, rushed his body into the daylight. Hanging upside down, cut by irons and cables, semi naked, the torso of a Cuban greeted Barajas’ airport with his halo of death and desperation. That torso was only 23 years old.

Nobody likes the word: desperation is an alarmist term. But let’s see, how many world citizens, honestly, how many unhappy and disappointed, would be willing to emulate Cubans in the methods employed to escape their earthly paradise?

Not many. Not to be absolute. The East Germans who offer their bodies to the barbed wires, landmines, and the aim of snipers don’t exist today. Desperate fugitives who flee in the middle of snow storms, who die frozen among the snow, escaping comrade Stalin’s paradise don’t exist today.

What exists are Cubans, yes. A new race of fugitives that are setting records in the ancient art of evasion.

Yes, they emigrate from El Salvador, Guatemala, Mexico, to the United States. To the country that — whether liberal friends around the world like it or not — is still the oasis of opportunities that offers a blanket to the lawn mowing emigrant, just as to the parents of Facebook’s inventor.

Some say: Haitians also emigrate. And they also do so in flimsy rafts, food for sharks. Where do they emigrate to? To the same place as Central Americans. To the most vilified and envied country of the world.

But neither Mexicans, nor Salvadorans, nor Guatemalans, nor Haitians, emigrate to anywhere. We, the homus andantis from Fidel’s paradise, the children of the new Motherland, demand much less: barely a different country than the one where we had to live. The demand is just another country of the orb. Only that. It doesn’t matter if it is Finland, Ukraine, or South Africa. What matters is that it is not ours.

For that, Cubans put their brains in gear. The build floating monsters, amphibian Chevrolets, they put together tires and planks, they hang anti-shark diesel in the corners, and head out to sea.

They take over a Peruvian embassy by force, inside its walls ten thousand sweaty, thirsty, malnourished, hopeless souls seclude themselves. Waiting for a ticket to freedom.

White flesh and black flesh meet, proud mulata nationals with Italians with bad breath, adolescents of recently developed breasts with Spaniards who take Viagra; they swallow up their modesty and nausea, and they marry in the Island with a metallic love.

They serve as archivists: they dig, dig, dig, they ask, they photocopy, they print, they solicit Spanish citizenship and bless the grandfather who had the wit to be born in the Motherland a century and a half ago.

They populate half the world, a Cuban today, ten tomorrow, they flood Ecuador with their cracked dreams, and although pursued illegals, they prefer a very poor nation like that at meridian zero, before their big tropical island.

Today, one appears in the news: I will jump into the void from my window if you try to deport me to Cuba. Another one appears tomorrow: frozen, shredded, his bones cracked by the undercarriage of an airplane that doesn’t care about misfortunes nor the anxiety of freedom.

How horrible, how disheartening, what a bitter paradise have they built on the Island that watched our births. God. When our country’s History gets written some day, the History behind this story of tyrants and victims, of deserters who die horrendous deaths; that day we will lack many siblings: drowned, crushed, shot by Mexican coyotes, chewed up by sharks’ jaws, beaten up in Panamanian jails, killed by the cold weather or by hunger halfway along their journey.

Those, I would like to think, are resting somewhere else: in the Paradise reserved for the victims of our insular paradise.