In a meeting held December 28, 2013, at the CCSF Rigoberto Fuentes cooperative in the San Juan y Martinez municipality in the Pinar del Rio province, the directors threatened to take land from farmers if they do not participate in the monthly assembly and in the political events convened by the Cuban Communist Party (PCC).

Some of the many problems that the cooperatives face throughout all the national territory is the low participation of their members in the assemblies that are held every month in order to offer a solution to the problems that the farmers present.

The farmers have lost interest in these meetings because no solution to their problems is presented, and they realize that everyone agrees that the problems are just going to end up in a drawer.  They are simply tired of listening to the same lying discourse.

Another phenomenon is the low participation by members of the enterprises involved in the production of tobacco and the Small Farmers National Association (ANAP), because although there are people who have another standard of living because of the positions they occupy, they know perfectly that they have lost credibility and have nothing to offer.  They are afraid when they confront farmers and have no answer to the problems presented in these assemblies. 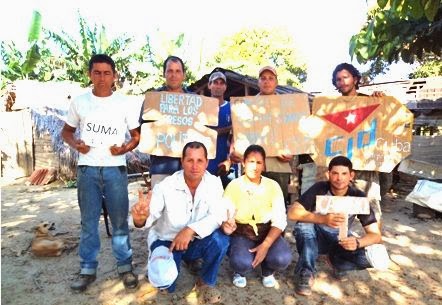 That’s why they have threatened to take land from the farmers who do not participate in the assemblies and political events.  They know that is the only tool they have to be able to continue with all their domination, thus the land will continue to be unproductive and the farmers will still be under the yoke of a group of people who have decided to support the Castro dictatorship, in this way they have managed to find a way to continue humbling the Cuban people.