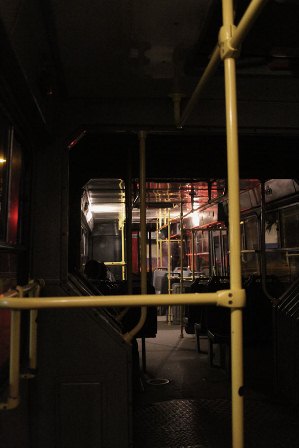 No one pays us to reclaim our freedom, that misconception of the phenomenon has been viciously spread in Cuba and outside Cuba by the filthy State Security. It’s not so, because it is absurd. If we protest it is because we are those who suffer from the lack of law and freedom, and if someone helps us we are saved from physical collapse from hunger and our countless needs.

But there is the wild card of the blockade, because we, the slaves, are not the only ones affected by need. Without wishing to resolve not the question of the blockade, I personally think that no one guarantees me that having a more economically solvent State would mean that I and others would stop being poor, because we already see what they do with the Internet, reserving the right to use this right to information, considering it a privilege for the class of their adherents.

People in Cuban who are defending their rights do so to be the the only ones affected by lack of rights. And they lose their jobs. If they manage to break them they must aspire to clean the floors where the tyrants and slaves spit.

Yesterday I requested help from the building manager where I live, to solve the problem of a little water leak in the threads of the plumbing, which required me to put buckets under it and change them every hour, and once I had to clean up the puddle in the common hallway of three apartments. As I have no money to fix it myself and a violent neighbor wants to get into it with me, I was almost desperate for the help of the neighbors.

When the lady in charge refused to help me to appease the hatred of my neighbor, she told me I had to fix it myself. I told her that in Cuba was a phenomenon like Apartheid, only ideological, and now my neighbor was punching my door and screaming “asshole!” at me, but I didn’t want to respond to her abusive language and shut off the water valve to my apartment, and the only option left was to call a plumber to do the work for me as a display of good will, to respond to the violent punches, but the angry neighbor was protected by the community because she’s an activist in the Committee for the Defense of the Revolution (CDR) and goes on the marches — I told her — and the Revolutionaries cleanse themselves of their sins in the Plaza on May Day.

Furthermore, I refuse to steal to solve my problems.

I shouted at the lady in charge that I would leave “this country I love so much,” and I was thinking that I don’t want to have any country, the issue is not loving countries but loving yourself as a person. I don’t believe in countries, I believe in myself as a person, and here before being a person there is the loyalty not to a national tradition but to an ideology that promotes a kind of Apartheid. I had the option of denouncing my neighbor’s attack to the police, but I know that as well as confusing myself with the power that I accuse, they would send some fanaticized brutish peasant who would not mediate to bring peace.

Finally God helped me, because a friend from my adolescence appeared and looked for a tool and tightened the thread and the water stopped running. I’ve fought with Alfredo forever becaue he’s never around when I need him. I have no job nor do I want to look for one if tomorrow I find my support always outside the system I will be accused just the same, and so now I’m starving. And you know what? I suffer when all the provisions are finished and my underwear is full of holes, and the shoes my friend Agustin gave me, as good as he is, but although I ask my Father in heaven that I might never lack food and shelter for my daughter, I want to continue to be poor so I will never forget, even if you manage to fix it, what it means to be Cuban today.

It’s not so that someone will send me help that I write, I write just to also change the situation. It is rare to be helped, sometimes you have to learn to accept the generosity of others. But it is preferable to working for the State even though they ring the little ideological bells and accuse us of being ‘mercenaries’ that’s a story, a slander that must be disarmed. Because what is certain is that  in Cuba people don’t have political freedom because they have no economic freedom.

They depend on working for the State to start the month and then they steal and traffic in all kinds of merchandise to get through to the next month. Perhaps they don’t hate themselves for stealing or reselling or cheating, but I’m sure in some secret place they hate the State and if not it’s because they haven’t managed to escape the system.

If they are not going to march — even now people have been mobilized to go see the Pope — they do not keep any privileges nor can they aspire to have them one day. It is part of labor policy in Cuba to manage human beings at the whim of political power. Almost no one believes any longer, but Cubans, or so I think, are not like the Czechs, special people and a celestial lineage and stripe. Cubans have been turned into oafs, bunglers who sell themselves to the only bidder within their reach: the State.

And so those who don’t live on perks, or who are up to their necks in a much lower level of corruption than their masters, attend the marches to “cleanse their sins” in the Revolutionary religion, even this they have tried to supplant.